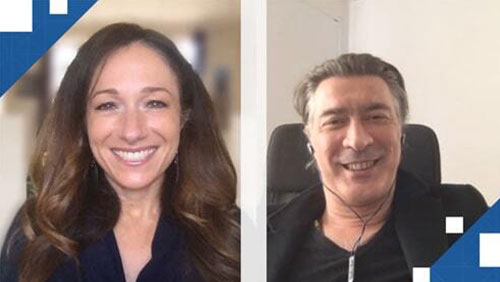 Running a gambling business during normal times can be fraught with challenges and hurdles to overcome, but doing so during COVID times makes it doubly so. For Spain-based Alea, which had to contend with some of the earliest problems of this pandemic, it’s even more the case. To see how the company has been managing since this crisis started, our Becky Liggero Fontana caught up with Co-founder Alexandre Tomic.

We can say that we, actually we’re lucky,” Tomic began, in response to a question about how the company is currently doing. “We have an increase of numbers, I mean if you see restaurants that cook, they’re really closing, they did a lot of business, retail businesses are closing. We don’t feel the struggle, quite on the opposite, we see an increase of numbers. We don’t see a higher spend per player, we see more new players coming up, and I believe that the players we see coming up in the casino, are more players that usually will go on sports betting, so we see them coming in the casino.”

Unfortunately though, with the economy certain to take a hit from massive unemployment, Tomic knows hard times could be on the way. “If this situation lasts because obviously people are going to review their priorities and gambling is not going to be a priority,” he said. “I mean unfortunately, some people are going to lose their jobs, or even if they don’t, they will stop thinking that it should be if it continues that they would not spend the money on gambling.”

Operationally speaking, Alea started as a work from home company, and it’s transitioned well into the current moment. “I mean everybody works remotely, all the meetings we on remotely, whether it’s one on one, whether it’s meeting with four or five people, and as I said on the panel the other day, what changed is that we’re more dealing with the day to day business,” he said. “Every new project has been frozen, we can’t spend that much time brainstorming on things like innovation, and on the other side we do spend more time during our meetings talking about ourselves, checking on each other, asking each other, basically ‘How’s life going?’ How we deal on a personal level with this situation. And yes especially in Spain because we have a total lockdown here.”

Thankfully though, there is now a light at the end of the tunnel, at least for this chapter of the crisis. “Now we see also in Spain that the situation is going we’re going towards a progressive opening up,’ he shared. “Kids can go out in the street now since this week. I believe that the date, if I remind well, in two weeks we should be able to work again. Slowly reopening. The thing is, I mean we all know that if the number starts raising again, we’re going into a new lock down. So it’s progressively opening if everything goes fine.”

Liggero Fontana asked if Tomic sees long term changes coming from this moment, in the way iGaming firms operate. “One thing that emerged is a feature efficiency,” he said. “I know, for example, I see myself, I really focus on important things. The bad aspect of it is, yes innovation and new things on the side, the good aspect of it is that you really get directly to the thing that has to be done, and that’s very, very, very interesting.”

It may be difficult for some bosses to change their mindsets, but the benefits to allowing more work from home are now becoming obvious. “I do believe as an employer, you always a little bit reluctant to let people work from home,” he said. “It’s always, yes you can, yes you should, let’s take one day per week. You know you’re going to be quiet, you can brainstorm, etc. etc. But I’d say no more than that because at the end of the day, you want people to be able to be together at the office, and what if we want to make a meeting with the five or six people and you’re not here? And we see today that, you know what, it’s possible. And you talk with other companies, and I’ve got friends that say, ‘Yeah of course, we’ve done that always because we it’s in their DNA, they work like that.’ And I remember actually before we set up Alea in 2012, Charles and myself we used to all work from home, we’re a team of ten people and we only work for home.”

Tomic clarified though that while he sees the increased benefits of allowing employees to work where they are comfortable, he would never suggest a completely work from home operation permanently. That’s just too extreme.

Finally, Liggero Fontana asked Tomic to speak about how the company is set up to avoid a huge impact, if the industry takes a downward swing. “So at a more corporate level as a company, we decided a few years ago to start B2B,” he said. “Basically we integrated a lot of games and without a moment, it would be a pity to not use this opportunity to have all the software providers, and not resell them. So we start with selling, and we started B2B business, very profitable but we didn’t really push on it. Six months ago, we decided that we should give it a push, and today we see that, we wanted to do it also because of the pressure of the regulation. It’s always better to be behind that in front, so you’re not the B2C that is in relationship with the player and the regulator, you more the behind, you’re just a software provider, it’s an easier position.”