Home / Life / Finding a new career path after the coronavirus 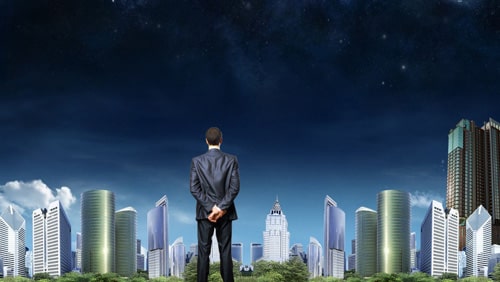 According to some estimates, the number of people in the U.S. filing for unemployment due to the coronavirus has topped 39 million, a figure that is approaching the number of claims associated with the Great Depression of the 1920s. The good news is that the number seems to be leveling off, a possible indication that the situation could be stabilizing. However, the bad news is that there are still 39 million people out of work, some of whom will never be able to return. Instead of looking at the downside of being unemployed, perhaps many of these can take advantage of the situation to take their careers in a completely different direction.

Even in an overwhelmingly positive economy, changing careers can be stressful. However, there are things that individuals can do to help make the transition easier. The first is to embrace “liminality,” a way of describing the spot between what was and what can be, even if it is unknown. According to Herminia Ibarra in an article in the Harvard Business Review, “Liminality can be an unpleasant state to inhabit emotionally. People going through it feel unmoored, lose their bearings, and oscillate between ‘holding on’ and ‘letting go.’ But this fraught stage is a necessary part of the journey, because it allows you to process a lot of complex emotions and conflicting desires, and ultimately prevents you from shutting down prematurely and missing better options that still lie ahead.”

Another suggestion that can help with the transition is to get involved in a number of different projects. Use the downtime to develop new skills, knowledge and resources that can help open the doors to new options going forward. Ibarra explains, “This activity is crucial. It helps you work through not only the practical questions but also the existential ones that drive career change: Who am I? Who do I want to become? Where can I best contribute? We learn who we want to become by testing fantasy and reality, and, of course, by doing.”

Networking is always a good tool to have in one’s arsenal in any situation – positive or negative. Over time, many contacts in networking circles become relegated to the bottom of the list, only to be contacted every so often to say hello or happy birthday. Now is the time to rekindle those relationships and foster renewed communications. Spare time is not a fleeting commodity at this point – those who are out of work should have extra time to spare to nurture those relationships, and there’s no telling what good could come from them.

In line with networking is internal reflection. While they may seem to be opposites, internal reflection is actually better managed through externalization. Talking about issues and plans can not only lead to more choices, but always prevent the body’s internal pressure switches from being triggered. This makes the individual more relaxed and more ready to embrace the future path, wherever it leads.