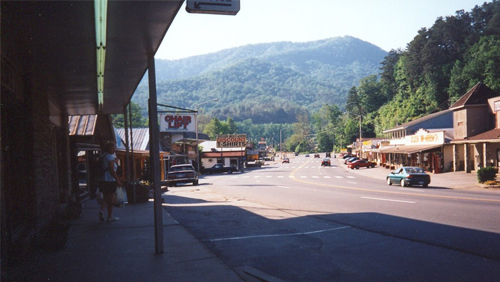 Finding an amicable solution to a South Carolina (SC) tribe’s plans for a casino in territory claimed by a North Carolina (NC) tribe seems to be out of the question. SC’s Catawba Indian Nation received federal approval to build a casino just north of the border into NC on land the tribe was given in a trust, but the Eastern Band of Cherokee Indians (EBCI), which calls NC home, has balked at the idea. The two tribes will now most likely have to have the fate of the gambling facility decided in court, thanks to a lawsuit submitted by the EBCI.

SC doesn’t allow casinos, so the Catawba sought approval to acquire land in NC, just north of the NC-SC border. After eight years, the US Department of Interior (DOI) finally granted the land request after accepting the tribe’s argument that it had ancestral land in what is now known as NC (which, of course, only became NC after settlers came in and drove out the tribes). The Cherokee have asserted that the Catawba don’t belong in NC, and are suing to reverse the DOI’s decision.

The lawsuit reads, in part, “Instead of abiding their trust duties and obligations under federal law to consult with the EBCI concerning the issues and concerns the EBCI raised with regards to Defendants’ proposed final agency action, Defendants ran roughshod over the Administrative Procedures Act, National Environmental Protection Act and the National Historic Preservation Act…without issuing a Final Environmental Assessment or Finding of No Significant Impact, in direct violation of the APA and NEPA.”

Both tribes assert that they have a long history in what is now known as NC and SC, but the Cherokee rely on two documents, the Cherokee Treaty of 1777 and the 1884 Royce Map of Cherokee Land Sessions, to support its position that it was the predominant tribe in the region. In testimony attached to the lawsuit, which was filed shortly after the DOI’s decision was made public, EBCI Tribal Historic Preservation Officer Russell Townsend states, “If the Kings Mountain site is taken into trust for the Catawba Nation, the land will fall under the sovereign governance of the Catawba Nation, and the EBCI THPO [Tribal Historic Preservation Officers] will lose the right to consultation on and protection of Cherokee religious and cultural sites.”

As far as native tribes in the US go, the Cherokee and Catawba have always been relatively calm and not prone to violence, but conflicts between the two have existed for hundreds of years. The Catawba had hoped to be able to find a peaceful solution to the current disagreement, without resorting to a legal court battle, and Catawba Nation Chief Bill Harris said in a statement after the lawsuit was filed, “The Catawba Nation has reached out many times to the leadership of EBCI to try to work together. Eastern Band has the right to react however they want to the decision from DOI. But we have done and will continue to do all we can for the betterment of our nation, as well as extend the hand of friendship and cooperation to other native nations.”