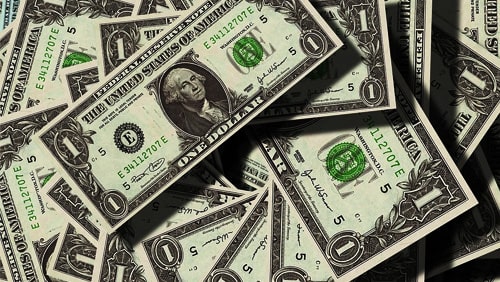 Everyone knows that the coronavirus has had a serious impact on the bottom lines of a lot of companies around the world, especially those that make a living in the casino and gaming spaces. Some have had a more challenging time trying to stay alive, and widespread consolidation as assets have to be sold to cover losses is not beyond the realm of possibility. Asia Pioneer Entertainment (APE), which has lease agreements for casino gaming equipment with a number of companies, is now looking for ways to cover its losses, as two of the companies with which it has lease agreements have defaulted on their payments, according to a filing (in pdf) it presented to the Hong Kong Stock Exchange. The result is a write-off of $3.4 million and rising.

APE is behind APE Macau, a company that provides casino slot machines and electronic table games throughout APAC. It distributes and services the machines, as well as provides leasing and consultancy assistance to operators in the gaming industry. The finance lease agreements it has held with Glimex Inc and Siam Star Leisure Co. since December 2018 for the leasing of gaming equipment were running smoothly since their inception, but suddenly fell into a pothole as a result of COVID-19. Apparently, the two companies are not able to cover their respective agreements, forcing APE to cancel the deals.

APE had an arrangement with Glimex for equipment that was used at a casino in the Philippines, while its deal with Siam was for a similar setup for a casino in Cambodia. Per both agreements, in the event the lessee is unable to make a payment on time, “the relevant finance lease agreement shall be terminated without the need for any notice or demand.” That is the position in which APE now finds itself, explaining in its filing, “As at the date of this announcement, Siam Star and Glimex have failed to pay APE Macau lease rental of approximately HKD17 million and HKD9 million ($2.193 million and $1.161 million) respectively under the finance lease agreements.” It clarified that that agreements were terminated as of 21 May 2020.

Of course, the problem is that the two companies have equipment that technically belongs to APE, and it can’t exactly drive around with a box truck to recover the machines. However, it wants the products returned and has “exercised its rights to demand the return of the electronic gaming equipment leased.” If it is successful, it will then look for new targets “in Macau or other Southeast Asia countries.”

Glimex is behind the Palace Casino at JPark Island Resort in Cebu. Per a press release at the beginning of 2020, the two entities had just signed a new two-year agreement for as many as 62 gaming machines at the venue. With the Philippines on a continued full or modified coronavirus lockdown, depending on the area, the country’s casinos are suffering from a complete loss of incoming funds, just like others around the world. It isn’t clear where Siam Star had placed its machines, as the company likes to keep its digital footprint to an extreme minimum.