Home / Ventures / Shopify is making it easier for merchants to operate 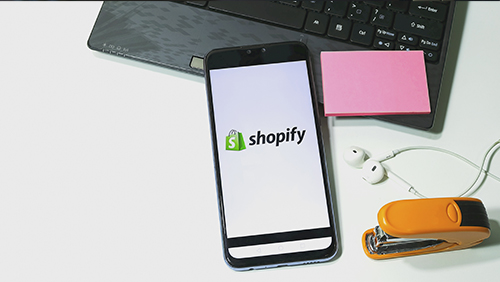 Shopify began with the idea of making it possible for almost anyone to get started as an eCommerce entrepreneur. The business model has worked extremely well over the years, and is now ready to kick things up a notch or two. In an effort to give its merchants more options, especially needed during the coronavirus pandemic, Shopify has introduced a new debit card program, a new payment installment plan and several other high-profile changes.

The upgrades to the platform were announced yesterday when Shopify held its Shopify Reunite, a company-led virtual showcasing event. Reunite was created to take the place of the fifth installment of Shopify Unite, which would have been a live conference that had been scheduled to be held earlier this month. After the coronavirus pandemic flipped the world upside down, the company decided to move its event online.

Shopify’s new debit card, called Balance, includes an account, a physical and/or virtual card and rewards. It is being managed with the help of a third party, which will be named when the program is released. The rollout will be seen first in the U.S. before being expanded elsewhere. Shopify Chief Product Officer Craig Miller explains, “They get access to the money that they’re earning from the Shopify store within the same day that they earn it.” He adds, “They will get a debit card in the mail that they can customize with their company’s brand on. As well, they’ll get a digital version that they can use to start spending online instantly.” Merchants will also be able to withdraw from ATMs. As for rewards, Shopify plans to offer merchants “cashback and discounts on everyday business spending like shipping and marketing.”

Shop Pay Installments should also be a hit with merchants. As with Balance, it will first only be available to U.S. customers, and will give merchants the ability to allow their customers to break up the cost of purchases into four equal payments. The produce cost has to range anywhere from $50 to $1,000 (tax-inclusive) and Shopify will carry the installments – the merchant gets paid immediately. Miller adds, “As we started looking at traditional banking, we also realized that there’s the consumer side as well. Today, with the unemployment numbers going up quite high, with people being concerned about potentially taking on debt, interest rates with traditional credit cards are actually quite high. That kind of led us to also try and get our installments product out there.”

One option that will be available to all merchants everywhere is “Local Shipping.” This allows a merchant to configure a local shipping area, which can help to optimize delivery routes and fulfill local orders more quickly. Explains Miller, “And that’s useful for a lot of our existing merchants but also some of the new ones that we’re starting to see join Shopify. We’re starting to see butchers, grocery stores, and restaurants as well. And I think what we’re seeing is just this wave of businesses that maybe didn’t sell direct to consumer.”

As the company seeks to compete with the behemoth known as Amazon, it is ready to spend a massive amount of money to improve its fulfillment network. The Shopify Fulfillment Network (SFN) will get an injection of development funds worth $1 billion over five years in order to improve the system, which is going to be complete with artificial intelligence (AI) upgrades. The AI will be able to predict product demand and inventory requirements, as well as route orders to the fulfillment center closest to the consumer. Miller asserts, “Last year when we talked the early access phase, we really wanted to make sure that we had all the systems and scale in place to handle Black Friday and Cyber Monday. We were intentionally limiting the merchants in certain categories, certain times. We went through that without a hitch. Things performed flawlessly, [and] we were really happy with it. And based on that, this year we said ‘OK, it’s time for us to now say the Shopify Fulfilment Network is much more ready for primetime.’ It’s available to merchants, much smaller and much larger, as well as different categories that previously we may not have supported.”

Businesses that moved out the US still qualify for tax relief
Erik Gibbs
20 May 2020
.