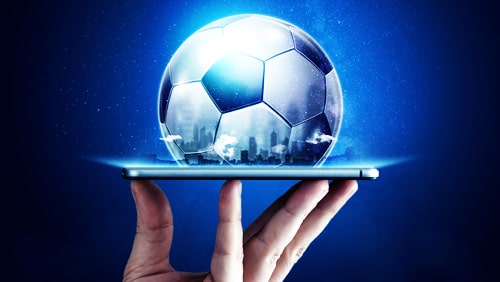 There can be no doubt that the return of the German Bundesliga has had a positive effect on sportbetting across Europe. With the resumption of games starting last weekend, millions of euros, dollars and pounds have been invested in players such as Robert Lewandowski, Jason Sancho and Erling Braut Håland.

Is there, however, a dichotomous argument that the higher the profile of the Bundesliga, the more likely it is that they’ll lose their brightest stars in the summer to richer leagues such as La Liga and in particular the English Premier League?

In the latest Odds Shark post on the reliability and value of Bundesliga teams this season, it is revealed who is most and least profitable in the league, with current champions Bayern Munich nowhere near the top of that list.

The Holy Trinity of Transfers

Jadon Sancho is the hottest topic in terms of a player who is currently plying his trade in the Bundesliga but who might soon be switching his allegiances to an English side. Sancho, a former Manchester City youth team player from 2015-2017, is odds-on to move to their cross-city rivals Manchester United, with the best price available at the time of going to press a very slim 8/11.

Chelsea are second-favourites in the race for Sancho, with the West London side available at 6/1, while Sancho averages around 7/1 to be joining the ranks at Anfield next season for the assumptive champions Liverpool.

Philippe Coutinho left Liverpool just a few seasons ago, but is already tipped to make a return to the Premier League after a fairly disastrous period in Spain playing for Barcelona and in the Bundesliga playing for Bayern Munich. While Chelsea (5/4) are slight favourites to land the former Liverpool inside forward’s signature, they are now only marginally ahead of Newcastle United, who were 66/1 to sign Coutinho until their projected change of ownership raised the possibility of a lot more transfer funds arriving in the summer. Coutinho is just 6/4 in some places to swap the Allianz Arena for St. James Park.

Timo Werner has long been talked about, but while there seems some speculation about where Sancho and Coutinho might end up, Werner has only really been spoken about in terms of signing for Champions League winners Liverpool or staying at RB Leipzig. Werner, an attacking forward who sits very much in the Firmino position on the pitch, is as short as 4/9 to sign for the Merseyside club.

Oddly, Werner, who is 6/1 to sign for either Barcelona or Manchester United, with Bayern Munich at 17/2 and Chelsea (11/1) other possible destinations. Inter Milan apparently appeals to the player, and at 25/1, that may yet be a valuable bet to make if the Liverpool deal falls through due to a prospective lack of playing time.

Leroy Sane’s next club has been a source of interest since it emerged that the 24-year-old wing-forward might want to leave Manchester City for a return to his homeland. While Sane was rumoured to be the ‘number one priority’ for Bayern Munich before his lengthy injury lay-off reduced both the length of his contract and the player’s value.

Now nearing a return to health, Sane is once again a hot property, yet is still widely available for a move to Bayern Munich at 2/5. Let’s take a look where else he might go and the best odds available:

A move to Dortmund to replace Jadon Sancho? It might seem crazy, but football is a crazy business. With the return of the Bundesliga piquing interest in England, the Premier League may well benefit from the end of restrictions in Germany even if lockdown hasn’t quite come to an end in England.