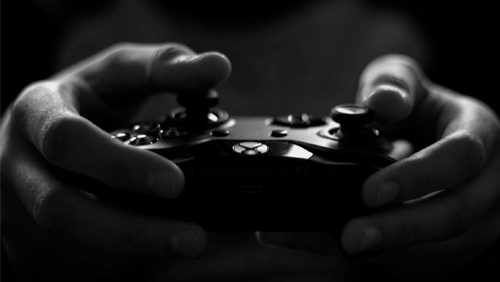 If there is one thing that really angers Fortnite players, it is the possibility that before the game starts and the battle bus prepares to empty its passengers onto the Battle Royale island, some of those players have an unfair advantage.

The whole concept of the game is based on equality, after all. No skin gives one player less of a target to hit, no matter how big Chapter 2 Season 2’s Brutus looks. No weapon should be deadlier in one players hands compared to another, and yet it’s exactly that threat that this week has seen player power influence the popular Esport in a way it never has before.

Despite the ‘level playing field’ element to Fortnite, there have always been ways of gaining an advantage over other players. We all recall the ‘ballers’ of late Chapter 1. Who can forget the disastrous Airplane’s, typically hovering around as late at the top five players in a solo until shot down in flames? But the recent ‘Aim Assist’ row in the professional Fortnite gaming world is something else.

Put simply, the only players to have an advantage are PC gamers who then use an external plug-in controller to get an aiming assist that helps them find their target not through their own skill but through external help.

It’s a bit like kicking a football, knowing that on its way to the goal, the ball will heat-seek the top corner. It’s no fun being the goalie in that situation.

Cast as goodies in the players revolt against this aberration have been stars of the game such as ‘Ninja’ a.k.a. Tyler Blevins, ‘Aydan’ and ‘Tfue’, who stopped playing Fortnite for 2 whole days – it’s a lifetime for serious gamers – after his exit from the recent FNCS Invitational.

Following pressure from their biggest players, Fortnite were compelled to do something. With the game in the middle of the aforementioned Invitational event, however, they could not make an instant change.

#Fortnite V12.60 will include the following highlights: pic.twitter.com/TKoV71VpxI

The fact that Epic Games, the development company behind Fortnite, have jumped right onto this problem isn’t surprising. Each week, game updates tweak everything from storm rapidity to weapon damage, from in-game glitches to weapons deemed ‘OP’ (overpowered) by regular players who take to social media to vent their spleens.

Having a great record for listening to their players, Epic Games have again promised changes, settling the minds of stars like Tfue while not angering other. Most players are over the moon with this decision:

With the recent FNCS Invitational triumph of ‘benjyfishy’ recognised as one of the best Fortnite players the world has ever seen, there is plenty for Esports fans – and sportsbetting nuts – to be excited by. The action goes hand in hand with the betting action when the big events roll around on Fortnite:

The mouse and keyboard, mobile phone screen or controller? No method of directing your on-screen avatar should be advantageous over any other.

Whichever you prefer, it’s good to know that if you use any sportsbook to bet on Esports, that the field will be level by the time the next Fortnite World Cup comes around… unless they bring back ‘ballers’, that is!