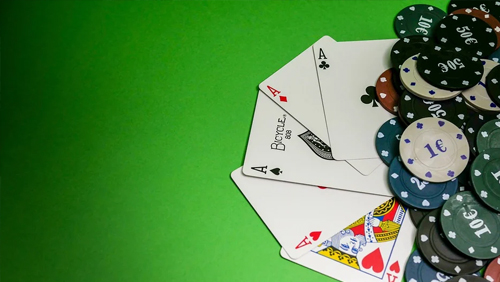 Going into the final day, Jeppsson had a small lead over the Canadian poker sensation, Sam Greenwood. With Pascal Hartmann chasing hard in 3rd position and Alexander Clark a mere big bet behind, it was anyone’s title:

With 2,130 entries overall, the early pace-setter as the final eight kicked off the final table action was the eventual runner-up Viktor Ustimov from Russia. Doubling up through Sam Greenwood as Greenwood’s ace-king couldn’t catch Ustimov’s pocket queens, the Russian went on a tear up the leaderboard.

It was Pascal Teekens from Holland who was the first player to leave the table, moving all-in with ace-queen only to run into the pocket aces of Ustinov, the seemingly unstoppable force running riot in the early stages.

Sam Greenwood had started the day behind only the chip leader and will be disappointed to have been eliminated in 7th place. Greenwood’s eventual demise was for mere scraps, just two big blinds being digitally slid into the middle and whipped away like pocket change by Ustinov.

With six players remaining, Ustimov and Jeppsson shared over half of the 85 million chips in play, and they were in no mood to throw away a heads-up berth. Pascal Hartmann made a run for the chip lead when he moved all-in with pocket jacks, but Jeppsson snapped him off with ace-queen and hit to eliminate the Austrian.

Alexander Clark felt like it was his time with ace-queen, moving all-in only to be called by Ustimov with ace-five and hit a five on the flop. Both big stacks had made even more profit from their shorter-stacked rivals, and when Ustimov busted Nikolay Ponomarev in 4th place and Jukka Koskela in 3rd place, heads-up could kick off. While Jeppsson had a slight lead, it only took a few hands to lead to talk of a deal and the two men smoothed out the pay-jump between being runner-up and winner considerably.

Ustimov leaped into a lead post-deal, but it didn’t last, and Jeppsson was well ahead when he called Ustimov’s raise and headed to a flop of queen-five-six with two diamonds. Again Jeppsson check-called, but on the seven of diamonds turn, with just under 5 million in the pot, Ustimov bet 5 million and saw Jeppsson check-raise all-in for 64 million, easily covering the 10 million Ustimov had behind.

Ustimov called it off and had pocket kings, but Jeppsson had jack-nine of diamonds and it was all over before the inconsequential two of hearts ended the event in Jeppsson’s favour.

You can watch the entire final table session with commentary from James Dempsey on partypoker’s Twitch replay right here.