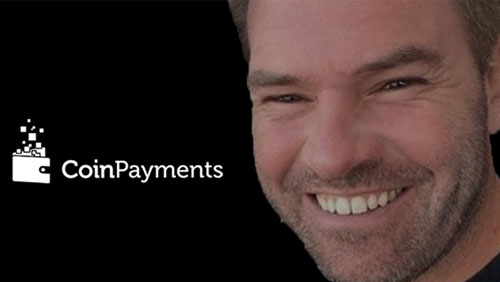 Global digital currency payments processor CoinPayments has announced Jason Butcher as its new CEO. Butcher previously held the role of COO at the Cayman Islands-based firm, a position he had for over four years. In an exclusive interview with CoinGeek, the new CEO revealed his plans for the firm, and why he believes that it’s only a matter of time before digital currency payments become a mainstay.

Butcher takes the helm at a time when digital currency payments are becoming increasingly popular. CoinPayments, for instance, processes over $100 million worth of payments on a monthly basis, a clear indication of the rising use of digital currencies in payments. The company, which operates in 221 countries globally, has processed over $5 billion since inception. It supports Bitcoin SV and over 1,900 other digital currencies.

“It’s an exciting time to take the helm of one of the most innovative companies in the crypto payments space and when digital payments are increasingly in demand,” Butcher tells CoinGeek.

The new CEO has already hit the ground running as he seeks to cement CoinPayments’ position as a global leader in the sector. He outlined the three pillars which the company will commit to during his reign, stating:

“First, we’ve made a commitment to simplicity and ease of use that will translate directly to how our merchants do business and how they adopt cryptocurrencies as a form of payment. Second, we’ve put security and transparency at the heart of our agenda in order to build a fully compliant platform. Finally, our service and support teams are second to none. We have some of the lowest response times and the most knowledgeable support specialists—a commitment to our customers and community.”

Butcher brings decades of experience in the digital payments industry to his new role. He has previously founded a number of payments startups, including HODLTech, a digital currency custodian and infrastructure supplier as well as Digisure, an insurance solution for digital payment wallets.

CoinPayments is working on a number of partnerships and collaborations with some of the biggest names in the digital currency industry. The company focuses on partnering with firms that help it reach a large number of merchants who are looking for an easy payment method. It’s also embarking on “a revolutionary redesign of our platform that will make everything easier for our merchants.”

Digital currency payments have a bright future, Butcher believes. The biggest hurdle, however, is the mystery that surrounds digital currencies.

“The key to reaching a digital currency tipping point is mass adoption. For those of us who understand the power of transparency and decentralized, borderless, low-fee transactions it’s an easy sell. But cryptocurrencies are still a mystery for many people, just as credit or debit cards were when they were first brought to market,” he stated.

“Once we see both an educated consumer and an educated merchant who understand why crypto is just as simple to use as fiat currency, there will be mass adoption. In my opinion, that’s only a matter of time.”