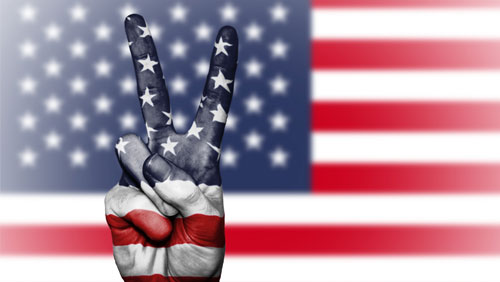 Anyone who said you can’t have your cake and eat it, too didn’t consider corporate tax laws in the U.S. As the coronavirus sent the business world tumbling, governments around the world have stepped up to offer stimulus packages to help the companies relieve some of the economic pressure they were feeling. In the U.S., it has always been common practice to have a company’s headquarters officially located offshore in order to reduce the tax liability, and many of these entities could still be able to reap the benefits of financial programs in the U.S.

A number of tax lawyers insist that the Federal Reserve’s financial aid projects are open to U.S. companies based in other countries. According to the Fed’s guidance, those companies that are involved in “corporate inversion transactions” while keeping substantial operations in the U.S. are eligible for two programs established by the government that pave the way for credit to large companies through the sale of new or outstanding corporate bonds.

In a nutshell, according to the rules, companies that have “significant operations in and a majority of its employees based in the United States” are eligible for Primary Market Corporate Credit Facility and Secondary Market Corporate Credit Facility bonds. Many of the offshore-headquartered U.S. companies, known as inverted companies, meet this requirement, provided they show that they use the benefits of the bonds in solutions approved by the Fed. There are reportedly over 80 large American companies that took advantage of tax laws to move their headquarters out of the country while still asserting themselves to be U.S. companies. The moves came due to a 35% corporate tax that had to be paid in the early 1980s, but a newer tax rate – 21% – signed by President Donald Trump in 2017 has slowed the process considerably.

It isn’t clear how many companies may have already taken advantage of the bonds, which were just launched recently. However, the fact that these businesses, which had effectively renounced their U.S. “citizenship,” would be eligible has some lawmakers hot under the collar. Oregon Senator Ron Wyden, who also sits on the Senate Finance Committee, asserts, “Under no circumstance should a company that has moved overseas to avoid U.S. taxes get a bailout. The Fed is kicking dirt in the face of American workers with this move.”

Not everyone is as negative toward the practice as Wyden. University of Michigan Law School professor Reuven Avi-Yonah, who teaches corporate and international taxation, counters that the concept is solid, because these companies are still major suppliers to the U.S. workforce and are, for the most part, still U.S. companies. He adds, “I don’t see any good economic reason to exclude inverted companies. They are just as American as other companies — that is, in fact, the problem with inversions in the first place.”

Chances are good that the regulations will be changed. However, they’re established now, and inverted companies can take advantage of them without fear of repercussions. If certain statistics are correct and it’s going to be another 100 years before another major health pandemic, hopefully, companies will have learned their lesson by then.

Returning to work post-coronavirus will never be the same
Erik Gibbs
20 May 2020
.