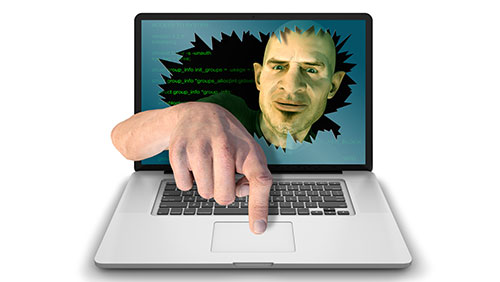 I like to fondly think that social media is what you make of it. For the vast majority of people, it’s a place to waste a little bit of time scrolling through photos, catch up on the news, and stay in touch with family and friends. For experts, it’s a place to build your brand, reach new audiences, and affect the world.

Unfortunately, for a specific segment of society, a miserable, cantankerous, troublemaking group, the internet is a place to be a troll. While so many make good faith efforts to make a positive difference on social media, this loathsome group is looking to make life miserable for everyone with their trolling ways.

What is a troll?

Trolls come in many shapes and sizes, but what they all have in common is the intention to negatively affect your social media experience with bad-faith attacks on whatever you participate in. While Facebook and LinkedIn’s walled gardens effectively remove these bad actors from your sight most of the time, they can be found in YouTube comment sections and popular Twitter reply sections, haranguing against the topic matter.

Some of these trolls might be principled people, honestly believing they are fighting for something right, like the honor of their favorite K-POP star, but using dishonest tactics to do so. Others are in it for the mischief, just looking to raise your blood pressure. Others are uncaring bots, designed by Russia to sway elections, perhaps.

Maybe they are attacking your message, but in a way that doesn’t lead the discussion to a meaningful place. Maybe they are derailing the conversation entirely, attacking you personally in the process. Or maybe they are just posting off topic nonsense, trying to use your audience to grow their own.

How can you recognize trolls

In some ways, it’s gotten a lot easier to differentiate a troll from someone who honestly disagrees with you. In another, especially as the political discourse has descended into tribalism, it’s become impossible.

The first question you have to ask when you encounter what might be a troll is if you even want to interact with them at all. Did you post something that was supposed to elicit discussion in the first place? Would participating in a discussion about it create any value for yourself, the potential troll, or the greater audience who may be judging you both?

Secondly, did the potential troll respond to you in a way suggesting they are looking for an honest conversation, or did they stick to some kind of simple libel unworthy of a response? The more basic their troll is, the easier it should be to spot.

There are tools that can help with this. Personally, I use Bot Sentinel to help find trolls for me on Twitter. With a simple Google Chrome extension, I get visual cues to alert me to when another user may be a bot, has a tendency to post fake news, or shows plenty of trolling behavior. It’s not a perfect solution because I can still see what the trolls are doing, but it helps me know more quickly who’s worth my time.

You found a troll, now what?

In the olden days of message boards, the really bad trolls would be dealt with by moderators. If a poster was constantly derailing conversation, moderators could ban them from the board, solving the problem for everyone.

The social media giants of today are much less likely to do that, for fears of censorship accusations and other reasons. If a troll learns not to cross specific lines, they can go on trolling forever.

That leaves it up to you to decide what you want to do with a troll. The bottom line, no matter what path you choose, is to stay calm and not give them what they want. They want you to be brought down to their level, because it gives them the reaction they want, while also making you look worse to the public. You never win when you give a troll fuel.

The most popular solution is to simply ignore them. Mute them, block them, don’t respond to them at all. There’s a simplicity to this, and it may be the best advice for most people, but it can also be the hardest to follow if they get under your skin.

And this path is starting to lose favor, as the un-moderateable natures of the larger social media sites means trolling is gaining power, and something has to be done to stop them.  Instead, some have suggested simply calling out a troll for what they are and moving on, ignoring whatever their attack was. As long as you can stick to it without going deeper, this method may have value.

There’s also the potential that providing greater proof of identity to use social media, as some sites have tried in the past and present, may remove the mask of anonymity that give trolls a feeling of power. I think that may be a dream, as bad behavior isn’t limited to the same jokers of the past now, but it’s a nice dream to have.

Considering though there’s a certain segment of the population who don’t need anonymity to be jerks, and will be happy to get under your skin no matter what the circumstances are, just ignoring or dismissing trolls won’t improve social media long term. Ever since I’ve read this thread by gaming personality Greg Miller, my favorite solution to dealing with online negativity has been to be the flip side of the coin, and vocally support those who are doing good work.

I've been saying "be better to each other" for a long time. Many of you have taken it to heart, and I thank you for that, but today's the message is a bit more proactive:

The silent majority has to get off the bench.

Every day, tell someone who brings joy to your life that you love their work. To close out the year, hit up every creator you dug in 2018. When you see HATE on the Internet and want to RAGE back, mute the jerk and send LOVE to the person/dev/etc they were attacking.

Maybe something in this grab bag of solutions can help you. Unfortunately, there’s no definite solution, or Twitter would be a much better place. But the bottom line is still this: social media is what you make of it, and don’t let it be the hellscape that the trolls want to drag you into.

The Mouthpiece: iGaming and the new wave of online censorship
Martin Owens
17 July 2019

When the snakes go marching in: New legal challenges for i-gaming in  the age of cyber-uncertainty.
Martin Owens
8 November 2017

The Red Wire: The Monster At The End Of The Internet
Jason Kirk
25 February 2014
.