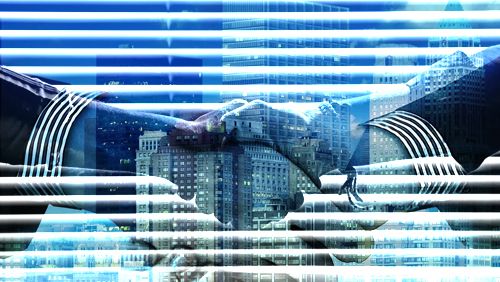 This is a guest contribution from Eman Pulis.

In seven years since I’ve been in this industry, I’ve come across so many great people: people who quickly became colleagues and solid friends. The working relationship that SiGMA has with the entire team behind Calvinayre.com is certainly one that I am very fond of. Their media team and our events team practically grew together like siblings!

But how did it all start? I bumped into Rebecca Liggero back in 2013 with a cold email pitch for a media partnership. I was really hoping that Calvinayre.com would cover our inaugural summit. In those days I was still trying to make my voice heard in the industry; trying to prove that SiGMA is in it for the long run. Back then, nobody knew what SiGMA, then an acronym for ‘Summit of iGaming in Malta’, stood for.

Rebecca accepted the invitation and that was a great day for me: an established media agency felt that SiGMA was worth covering. Only later I found out that Rebecca thought she was replying to an email from the folks at MiGS, an established conference in Malta… then our fierce competitors!

It was out of this little blunder that our working relationship grew from strength to strength to the extent that Calvinayre.com today has become an indispensable part of the show – the lead media partner in Europe. I’d go as far as saying that SiGMA to me is not the same unless it’s being reported by CalvinAyre.com. They’ve been with us since day one and, I hope, for many, many years to come.

Moreover, their quality reporting is always ahead with the latest trends. Our working relationship grew even stronger the past couple of years given that we’re both working in the same two niches – iGaming as well as Emerging Tech (specifically Blockchain). Our common interests seem to be very much aligned.

In addition, Calvinayre.com have a solid office presence in Asia and Europe, which coincidentally are two markets we’re also very active in with office presence.

Love the company, love the entire team behind it – from Roland to Stephanie, Rebecca, Bill and the big man, Calvin himself. From being invited to Rebecca’s wedding, to chatting with Bill or Steph in tough times in Manila, to having Calvin attend our own summit in Malta – something he very rarely entertains these days – what could one ask for more out of a “media partnership”!

The past seven years working with them have been amazing. Three cheers to the next seven.

Eman Pulis is the Founder and CEO of SiGMA. They’ll be hosting their next conference, SiGMA-ICE Asia Digital, June 8-10, 2020.