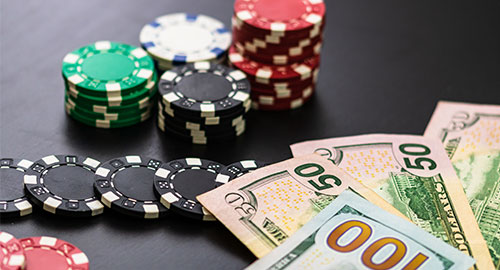 With 10 hours of play, Day of the 5th event on the GGPoker WSOP series schedule saw just 864 players still involved from the 7,295 entries that started Day 1. Add to that another 220 players and 1,084 kicked off the action.

Just three levels into the action, the money bubble burst, with GGPoker’s own Felipe Ramos running up a stack and taking full advantage of the situation. While Ramos would top the leaderboard, that impetus he had didn’t last until the final few tables as the Brazilian professional busted in 86th place for $3,249.

GGPoker weren’t just represented by the Brazilian in the event, however, with ElkY a.k.a. Bertrand Grospellier still in the mix, The Frenchman, who has well over $14m in live results, is just as impressive online, and eventually bowed out in 67th place for $3,783.

When the final table arrived, it was one of the other chip leaders during Day 2 to bust out first. CarneAmigo departed in 9th place for $24,599 when they were all-in with ace-jack and failed to hit against pocket tens held by Goldig. Dosobyc was next to go for $35,773, their ace-queen again downed by Goldig, with their pocket queens sauntering to victory across a dry board.

When THE EPIDEMICS went out in 7th place for $52,021, it precipitated a flurry of departures, with Chinese player Kevin Pu busting when his ace-jack couldn’t spike a rocket against BlaireauEnColere’s pocket jacks, with the case jack coming on the flop to rub salt into the wounds.

It took a little longer for the next player to bust, with Malaysian Goldig bowing out in 5th place, their $110,040 cash the first six-figure score in the event, Goldig’s pocket threes undone in an amazing play-out. The money went in on the ace-three-eight flop, with BlaireauEnColere holding ace-eight.

The turn of another eight changed it all in BlaireauEnColere’s favour, and the meaningless king sent Goldig to bed with a great score but possibly a head still shaking in disbelief a little having been ahead on the flop with four left.

Lester ‘mon$terDad’ Edoc was next to bust, losing a flip with pocket jacks shot down by ‘Neto 10’ and their ace-king, a king in the window doing the mortal damage. Here were how they stacked up with three Brazilians left playing for the title.

Just a couple of levels later, Neto must have been glad that the trio agreed a three-way deal to even up the payouts moments before. All-in with queen-nine against queen-jack, Neto 10 would depart, leaving heads-up between a marginally-ahead pfckb.

The final hand saw BlaireauEnColere, having taken the lead, move in and needing to hold with their pocket pair, and despite holding two overcards, pfckb couldn’t hit and it was all over.

A return of over $330,000 for all three of the top players, each having put in a buy-in of just $500 – life-changing and bankroll-changing money for the three brilliant Brazilians in the Big $500 WSOP Super Circuit event.

It was a case of “GG, everybody”, as another great tournament on GGPoker during this World Series of Poker Circuit Series came to a thrilling end.

After a three-way deal