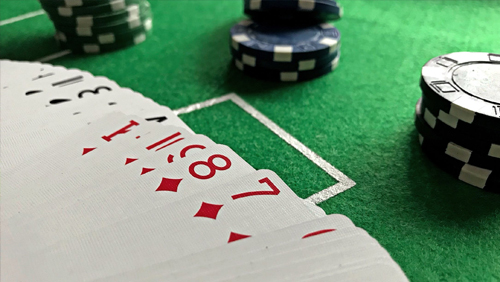 After initially telling poker fans that the popular casino and biggest cardroom in Europe would be likely to be closed until September, King’s Casino re-opened on May 11th.

In a post on Facebook, the King’s Resort Rozvadov, King’s Casino Prague and the Admiral Casino Rozvadov announced that they were throwing open the doors to the general public in the following statement:

“King’s Resort Rozvadov, King’s Casino Prague and the Admiral Casino Rozvadov will open again on May 11th at 15:00! Poker Cash Games, live games like Roulette and Blackjack and Slots will be available. Tournaments won’t take place for now, but we hope we can start with them soon as well! Highest hygiene standards will be implemented, such as hand sanitizers for the guests and frequent disinfection of all areas. King’s is looking forward to see you soon!”

Having been closed since 13th March, the return of poker action at King’s marks the closure at less than two months. But while that might be something to be proud of if everyone is healthy, the world sits on the precipice of a second disastrous impact of the virus. Now might very well not be the time to re-open the biggest poker cardroom in Europe.

From yesterday, players could play cash game poker, slot machines and table games such as roulette or blackjack. Anyone wishing to gamble with their health and safety as well as their money is welcome, it would seem.

Having previously closed to Italian people only upon the outbreak of the virus in Italy, King’s now faces questions about exactly why it is re-opening and how safe it considers itself to be as a place of social gatherings.

While the hotel and restaurant parts of the venue remain closed for now, there is every chance they re-open soon too. Hand sanitisers are one thing but keeping players healthy by stopping the spread of an invisible disease when poker, by its very nature, is something that spreads physical contact through chips, cards and the close proximity of players, is quite another.

There are currently no plans in place regarding social distancing at the venue, meaning it could potentially be a hotspot for re-infection.

There seems to be a focus on prevention and disinfection at the physical stage, but not before or after it, with players required to wear a face mask – it hides tells as well as coughs after all – and a staff member with disinfect the area after a player leaves. With no tournaments, busted players might be slightly less frequent across an evening, but it still seems an incredible risk to take to play what is, after all, a game, hobby or a profession.

With al fresco dining provided three metres from the casino entrance, there’s a slightly 1997 Binions’ World Series feel about what King’s are trying to create – a sustained community somehow surviving despite flimsy measures to keep the game on the table. The crucial difference is that in 1997 the enemy was the wind, while today it’s the deadly respiratory virus that might be carried upon it.

In the Czech Republic, groups of 10 people can gather within the law now that certain lockdown measures have been lifted. The country seems like it might be on the brink of a new outbreak in cases unless the virus behaves differently in Prague or Rozvadov than it does everywhere else in the world.

With previous reports saying that Leon Tsoukernik would recompense his 600 staff members until at least September 1st, it will be interesting to see exactly how many of those staff members are now forced to risk infection by returning to work.