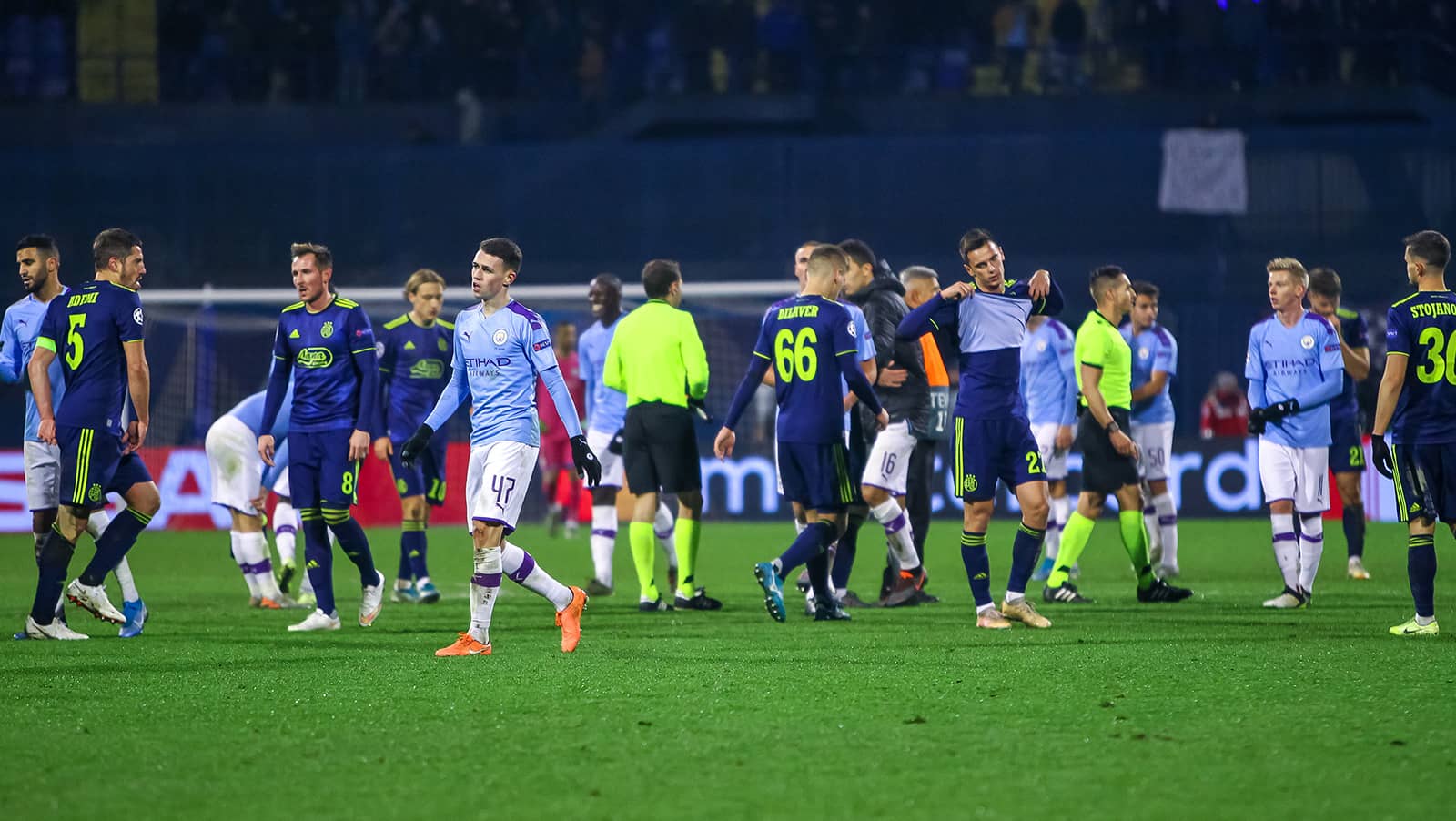 When anyone mentions a Manchester City team winning the Premier League, the first thought to come to mind is often the pirouetting figure of Sergio Aguero slamming home the winning goal in the 2012/13 season. The bedlam of Mancini’s side achieving their first title in the Premier League era and first title of any kind in decades was groundbreaking for the club as a whole.

In many ways, however, the 2013/14 Premier League title victory was a greater achievement. Under a new manager in Manuel Pellegrini, City triumphed against adversity time and time again during the season and with a twist in the tale, managed to lift the Premier League title.

The season began with the biggest change having taken place just across the Manchester ship canal, with the retirement after a quarter of a century of the most successful British manager of all time – Sir Alex Ferguson. In his place, David Moyes was brought into start what was supposed to be a new dawn of dominance for Manchester United under a passionate, hard-working Scottish boss. It didn’t work out like that at all, with United thrashed 4-1 at The Etihad Stadium by City just four games into the League campaign.

Despite that triumph in the Manchester derby, City didn’t get off to the best start. While they topped the league table after the opening weekend’s fixtures courtesy of a 4-0 home win against Newcastle United, The Citizens would wait until the penultimate game of the season to return to the summit after a mostly disastrous opening to the campaign.

City suffered four defeats in their first 11 games, all away from home but often against lesser sides such as Cardiff (3-2), Aston Villa (3-2) and Sunderland, whose 1-0 victory on November 10th left City languishing in 8th place in the table.

If there was a change in mentality at this point, it might have been that City simply had nothing to lose by letting go and attacking every game in isolation. That was borne out by the results of the rest of 2013, with massive wins such as the 6-0 drubbing of Tottenham Hotspur, the 6-3 demolition of their North London neighbours Arsenal and the vital 2-1 victory over Liverpool at The Etihad Stadium, with all the goals in the first half of the game and the eventual winner a horrific fumble by Liverpool ‘keeper Simon Mignolet.

How crucial that victory would be at the end of the season was not yet apparent, but City sensed the chance to get back into the title race. From that Liverpool game to the return match at Anfield, City lost just once, with bogey team Chelsea completing an odd league double against Pellegrini’s men.

Liverpool were known as a free-spirited attacking side in 2013/14, scoring as they did 101 goals in the league. Manchester City scored 102 league goals and 156 overall, still a record that beggars belief in today’s times. Whippings were handed out to all and sundry in 2014 by Manchester City, with another battering of Spurs (5-1 at White Hart Lane) meaning they’d scored 11 goals in the league against Spurs alone. A 5-0 win at home to Fulham, a 3-0 victory at Old Trafford confirming a league double against a beleaguered Moyes side confirming the Scot’s tenure as a temporary one, a 4-1 dismissal of Southampton on April 5th a sign that City were back to their best.

When City travelled to Liverpool on April 13th, the game was billed as a title decider. A late Coutinho goal on 78 minutes after a bungled Vincent Kompany clearance seemed destined to send the title to Merseyside, especially after Steven Gerrard declared that Liverpool should be determined to prevent any slips along the remaining few fixtures.

While the promise from the Liverpool captain was that the Anfield side would “go again’, that message clearly only lasted the next game, as Liverpool beat Norwich 3-2 to seal their 11th straight league win. Only three games remained for them to win and take the title, but as we all know now, Liverpool slipped at the crucial moment thanks to the third wheel.

Chelsea endured a strange season under their returning manager, Jose Mourinho. Claiming to be a “small horse” in the title race, the West London side actually finished just four points behind winners City and two behind Brendan Rodgers Liverpool.

The wins at home and away to City were mirrored, however, by victories against Liverpool at home and away too. Steven Gerrard had possession of the ball in the quarterback role he had ‘slipped’ back towards in his later years. If he’d driven forward as was his instinct in the peak of his career it might never have happened, but one slip sent him to the deck and Demba Ba gleefully scampered onto the gift of a loose ball with the dead-eye deliverance of a Wild West marksman. Liverpool’s hopes were shot down by Chelsea’s smash and grab and the collapse of a 3-0 lead at Crystal Palace just 8 days later. In a little over a week, Liverpool had gone from champions elect to nervously looking over their shoulders.

What they saw behind them was a Manchester City reveling in sudden chance to snatch glory. Odds of 5/1 after Liverpool’s victory at Norwich, City would win their last five games to take the title, dismissing both the challenge of West Bromwich Albion and then, more importantly, the away fixture of Crystal Palace 2-0, practicing game management where game shooting was more Liverpool’s aim at the same location.

A come-from-behind win for The Citizens at Everton paved the way for two more wins against Aston Villa (4-0) and West Ham (2-0) at The Etihad Stadium which sealed the title and a season in which City scored 102 goals and conceded 27. What had started as a season in which success looked highly improbable became one where glory was delivered right at the death.