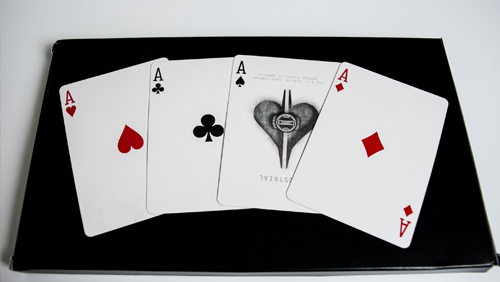 After a big weekend of online poker action, there were two quarter-million scores and a double title winner in the latest SCOOP events played by the best of the best.

Back in 2015, Italian poker sensation Mustapha Kanit, known by his amusing online pseudonym ‘lasagnaaammm’, won the SCOOP Main Event for $1.3 million. It was a year earlier that Kanit, who hails from Alessandria near Genoa in Italy, had claimed his first SCOOP title, when he won the $2,100 NL Hold’em Turbo Re-Entry event for $376,920. Kanit took home his third SCOOP title in the 2020 version of the Spring Championship of Online Poker Event #26 just the other day, which cost $10,300 to enter and brought up a trio of impressive online victories.

With just 15 players coming back to the final day, Kanit was not the front runner, sitting mid-way through the chipcounts. By the time the final table came round, Kanit was short-stacked, but ground his way up the leaderboard throughout the final table and proved he has the chops to deal with the pressure at any level.

Others to enjoy the final table proceedings featured Luke Reeves, who cashed in third place for $163,156 and Charlie Carrel, who banked another $126,411  after his $600k score earlier in the month.

The heads-up lasted just five hands as Kanit summarily took care of Sergei Koliakov, meaning that the Russian won $210,580, leaving Kanit to hoover up $271,790 –  a very healthy return on his investment.

Martirosyan makes it a double

Martirosyan claimed another title after triumphing in Event #29, the $5,200-entry Midweek Freeze, winning $157,426 and securing his second SCOOP title in the process. With 144 entries, the high roller event had a prizepool of $750,000.

There have been plenty of other big names hoovering up titles over the last few days, with stars such as partypoker pro Anatoly Filatov winning Event #31 (medium) as well as Norwegian pro Myrmo Espen winning another SCOOP over the course of a dramatic last week.

Martirosyan has been one of the breakout players to many mainstream poker fans this year, cashing nine times in the Poker Masters Online Championship as he won $1,278,974 for finishing as overall runner-up across the 30-event series. As Pocket Fives reported earlier this weekend, the latest SCOOP victory for the Russian player has really announced Martirosyan as one of the year’s in-form players.