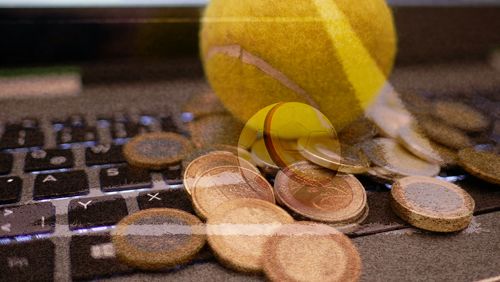 This November, voters in Maryland will have a very important decision to make. After lawmakers created an initiative to put sports gambling on the ballot, Maryland Governor Larry Hogan signed off on the measure last Thursday. As a result, it is now up to state residents to determine whether or not sports gambling should be allowed and, with Maryland coming up way short on its revenue projections, sports gambling could be a lucrative solution to replenish the coffers.

The sports gambling measure was approved by lawmakers this past March, about the same time legislators were attempting to wrap up their session early because of COVID-19. They were able to get it through the legislative slalom course in time, though, before handing it over to Hogan. The governor mulled it over, along with a handful of other bills, before ultimately agreeing to let it more to this November’s ballot. Along with it, he approved a separate bill that will allow the Pimlico Race Course in Baltimore, where the Preakness is held, to undergo redevelopment.

Anytime voters are asked to decide on a measure, the language used in the ballot entry is a highly contentious matter. Opponents of a measure will always try to get crafty, creating phrases that would make the measure seem paramount to letting the Devil loose. However, Maryland avoided most of that issue this time, settling on straightforward language that reads, “Do you favor the expansion of commercial gaming in the State of Maryland to authorize sports and event betting for the primary purpose of raising revenue for education?”

In previous surveys, it has been revealed that Marylanders aren’t totally behind the idea of legalized sports gambling, even though the state has been in the gambling business for years. A poll conducted last year found that 43% of those asked were against online sports gambling and 49% were against sportsbooks at casinos and racetracks; however, it should be pointed out that the poll was not taken across the state – only in Baltimore.

That was last year, before the coronavirus came in and turned everything on its head. Maryland is now predicting a shortfall of at least $35 million for its education programs, an amount that it won’t be able to magically pull out of thin air. Rebuilding after the damage caused by COVID-19 is a long, drawn-out process that is expected to take years to complete. Even then, should another global health issue arise, it would be back to square one. Legalizing sports gambling will not only facilitate a quicker road to recover, but online sports gambling will ensure that some type of revenue can still be generated from the market in the event another lockdown was to come. Given the fact that Washington, DC, New Jersey, Virginia and West Virginia either have or will soon have legal sports gambling, Maryland would be foolish not to embrace it.