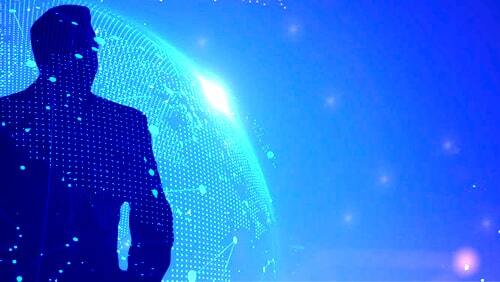 The coronavirus lockdown has been stressful on everyone, especially for those tied in any way to the sports industry. However, the editor-in-chief (EIC) for Barstool Sports, Keith Markovich, may not be dealing with the situation as effectively as others. He has recently been called out publicly by a small contingent of employees for using “hostile” and “insulting” comments that were, according to the group, neither warranted or professional. Calling Dave Williams, a Barstool writer who routinely covers the MLB’s White Sox, a “super-retarded” writer was certainly a little over the top.

Barstool is “hemorrhaging money,” just like many other companies, and perhaps its because of that situation that Markovich hasn’t been able to maintain his composure. There are no sports to report on and the company is losing millions of dollars in advertising revenue that made it attractive as an acquisition for Penn National Gaming. However, that’s still no reason for the attitude he has reportedly taken with some employees, who shared their grievances on Barstool Chicago on SiriusXM.

Mike Sterk is one of the four that got together on the radio show to complain about Markovich’s antics. Sterk had engaged the EIC about certain content related to an advertising partner, which ultimately caused Markovich to fly off the handle. Sterk only wanted clarification on a simple question, to which Markovich reportedly responded through the email exchange they were having, “Are you f*****g kidding me? In all seriousness and for future references: If we’ve got a major advertiser, so much so you’re aware of it, and so much so that you actually name it in the subject line and then write an email that you know they’re an advertiser.” The NSFW words are redacted for those readers who are more sensitive, but you still get the picture.

Things degraded from there – Sterk continued to try to take the “hostile” and “insulting” conversation down a couple of notches, but with no success. Markovich, when asked to talk about the subject calmly, is said to have replied, “I’m surprised you’d follow up after I slapped you like a little b***h!” He followed that up with a new thread, asking, “And which one are you again? All the Chicago meatheads sort of blend together for me except the super-retarded one, Dave [‘White Sox Dave’ Williams].”

The four writers, who host the show, wanted to get Markovich on the show. While it would be easy to assume his tirades were due to the coronavirus and stress, they assert that his reactions are what they’ve grown accustomed to seeing over the years, and they wanted the EIC to show a little more professionalism. His response, in typical fashion, “It’s f*****g Barstool. I don’t pretend to be professional.”

This all transpired over a week ago, and Markovich finally relented, making an appearance on the show last Tuesday. He tried to explain away his bad behavior as nothing more than joviality that shouldn’t have been taken so seriously, simple sarcasm that should have been easily dismissed. As Penn National works to complete its acquisition of Barstool, “easily dismissed” is a phrase Markovich should keep in the back of his mind.