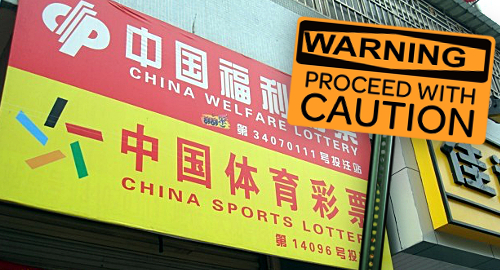 China’s lottery operations are finally resuming in the nation’s capital Beijing as efforts to slow the spread of COVID-19 appear to be working.

This weekend, the Beijing Sports Lottery and Beijing Welfare Lottery announced that lottery sales would resume in the capital on Wednesday (6), bringing an end to the suspension of sales that began on January 22. The sales halt was originally intended to last only through the Lunar New Year holiday but was extended as the pandemic’s full impact became known.

Lottery sales in other Chinese provinces resumed on a limited basis in mid-March, and even Wuhan City – the original epicenter of the outbreak in Hubei province – was allowed to resume sales on April 8. But Beijing, home to 20m people and much of the nation’s top leadership (and foreign press), remained a dormant outlier.

Lottery officials began prepping Beijing retailers last week for the new rules of the game, including vigorous disinfection routines, limiting the number of customers able to enter shops, taking the temperatures of those who do and guiding customers through ‘non-contact’ sales processes.

Beijing lottery retailers are also being asked to sign a ‘Beijing Sports Lottery physical store resumption epidemic commitment letter,’ with the clear understanding that any retailer found to be flouting the new rules will find themselves wishing they’d succumbed to the virus long before.

Lottery officials plan to offer retailers a ‘subsidy’ of unspecified amount within two months of the resumption of sales to partially offset the financial hardship they’ve suffered during their 100+ days of inactivity.

The administrators added that, while they acknowledge the financial pressure on some retailers, they hope retailers “can stay away from the temptation of internet sales.” China abruptly halted an online lottery pilot program five years ago after discovering some lottery administrators weren’t reporting all online sales and pocketing the difference.

The Ministry of Finance has yet to issue official lottery sales figures for March but February’s sales totaled a mere RMB1m versus RMB28.1b in the same month last year. Sales in the first week of April rose to RMB1.1b, an impressive turnaround given the sports lottery is suffering from the same dearth of major sports as Western sportsbooks.