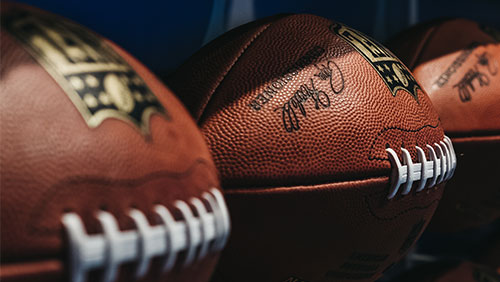 The NFL is expected to release its schedule for the upcoming season in the next couple of days and there will reportedly be a couple of glaring omissions on the list. The football league has made it standard to host a game in London, England every year for the past 13 seasons, with four games played there last year. For the upcoming season, the Jacksonville Jaguars had two games previously on the books to be held at

Wembley Stadium, and two other games were going to be included. However, it now looks as though none of these games will take place, nor will the games typically held in Mexico City.

The other two games were to take place at the Tottenham Hotspur Stadium, but not anymore. While there hasn’t been an official announcement by the NFL, Tottenham is said to be preparing for losses incurred by the cancellation of the games, which will amount to around $5 million, according to The Daily Mail. This would have been just the second year that the stadium hosted NFL games as part of a ten-year contract the two sides signed ahead of the 2019 season.

Despite the lack of confirmation on the part of NFL brass, the cancellation of overseas contests seems logical. There’s not much reason to put players on a plane to jump to another country, putting many of them, as well as staff, at risk. Sports Illustrated’s NFL pro Albert Breer agrees, asserting, “I tend to think that it’s unlikely we’ll be in a place in the fall where we’re sending hundreds of people on planes overseas and to Mexico, and back, without significant concern. And this is one of those situations where—given that the league might not be able to have full (or any) crowds there, and the festival the NFL puts on around these games will be difficult to pull off—risk will almost certainly outweigh reward. So I’d guess the international slate gets called off for 2020.”

The games in London and Mexico have turned out to be real crowd-pleasers, which is why the number of games held overseas has increased in recent years. The Jaguars have become regular fixtures in London, and there has even been a rumor about a possible permanent relocation by the team to England. Team owner Shad Khan has downplayed those rumors and has even invested a considerable amount of money upgrading the team’s home field, TIAA Bank stadium.

However, the Jags have not shown the performance in recent years that Khan would like, and he makes it clear that his first priority is winning. He said in a recent statement, “First, I want to make it clear that our first priority is winning, and anything we do or say away from that will never be more important than giving Jacksonville a team that wins and the community can be proud to call its own. We are committed first and foremost to winning, and that commitment drives me and everyone at the Jaguars every day.” If relocating the team could give it any sort of boost, and score extra points with the NFL, it’s not difficult to imagine Khan taking the leap across the pond.

The NFL is convinced that it will start its regular season on time, with the first games to be held in September. There is still a lot that has to happen between now and then, but the general public is increasingly optimistic that the coronavirus will be under control by then. Should that be the case, the NFL might be the only sport not to have its season interrupted by the global pandemic.