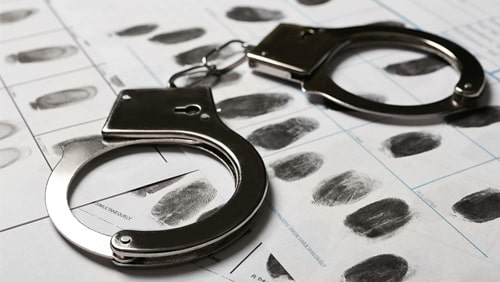 As long as there is money, there will be people who try to scam it out of others. It’s been that way since the first currency was introduced, and, for the past 7,000 years, nothing has changed. Ponzi schemes, cheating, scams – some people of questionable moral fortitude simply believe they don’t need to play by the rules, which ultimately impacts everyone. Five individuals in Australia fit into this category perfectly, but at least they can brag of making Aussie history. They are being charged with trying to fix eSports matches in what is now the first criminal investigation into eSports in the country.

The investigation began last year after police with the Victoria Police Sporting Integrity Intelligence Unit followed a hunch that eSports contests were being thrown. The games were part of a semi-professional eSports league, and people tied to the teams of the league were given hints on how to place their bets. Neil Paterson, the police department’s assistant commissioner, asserted to media outlets last September that up to AU$30,000 (around $19,230) may have been wagered in connection with the match-fixing.

The cheating was apparently focused primarily on Counter Strike: Global Offensive games being played in the ESEA-Mountain Dew League. Law enforcement began following their hunch in March of last year, ultimately leading to the charges against the five individuals last week. One 20-year-old from Melbourne has been charged with two counts of “engaging in conduct that corrupts or would corrupt a betting outcome,” as well as two counts of using corrupt conduct information for gambling, and possession of cannabis. Three other locals, also 20 years old, are each looking at three counts of using corrupt conduct information for gambling, and the fifth individual, from Sale, Victoria, is a 27-year-old who now faces five counts of the same type. All of the accused reportedly went to the same high school and university.

Paterson explains of the scandal, “We’ve got young men, typically 19- or 20-year-olds, who have no history with police. They’re [allegedly] getting involved in [corruption] offences … at quite a young age that have serious consequences for them. The sheer volume of young men involved in gambling, both in high school and in universities, is at epidemic proportions. What I’m not seeing is anyone doing anything particularly about that.”

That will most likely change going forward while attention to eSports had already been on the rise before the coronavirus pandemic, the current global lockdown has reignited the flames, and the eSports industry has enjoyed a considerable uptick in popularity. Nevada and New Jersey have responded by now officially allowing wagers on eSports tournaments, and the activity is expected to grow by at least 18% within the next few years. Its rapid expansion has made it difficult for regulators and the organizations involved to keep up, but that will change now. No commercial entity wants its name associated with any action that could be viewed as damaged goods, and sponsors will begin to pull out if the eSports organizations and leaders don’t do more to control their activity.