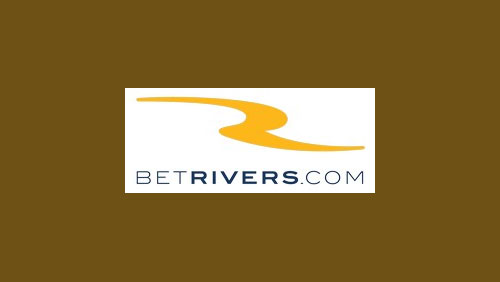 DENVER, CO (May 1, 2020) — Five-time NBA All-Star and NBA Finals MVP Chauncey Billups once again made history in the state of Colorado Friday morning.

On the same day Rush Street Interactive (RSI) launched BetRivers.com, the first online sportsbook in the state of Colorado, the legendary former University of Colorado star became the first resident to place a legal bet, placing $100 on Denver Broncos wide receiver Jerry Jeudy to win NFL Offensive Rookie of the Year at +2000.

Billups, a three-time high school “Mr. Basketball” in the state of Colorado and 1997 consensus All-American for the Buffs, spent six of his 20 NBA seasons with the Denver Nuggets, including a 2009 trip to the Western Conference Finals. Billups also led the Detroit Pistons to back-to-back NBA Finals appearances, ultimately winning the title and earning NBA Finals MVP honors in 2007.

“This is huge for the state of Colorado, both the economy and for avid sports fans in the state,” said NBA Legend Chauncey Billups. “Betting has become such a big part of the daily sports conversation and this move is a huge step in the right direction for the industry and the sports world.”

The NBA legend, nicknamed “Mr. Big Shot” for his propensity to make clutch shots with the game on the line, enjoys the wide variety of betting options BetRivers.com provides.

“Above all else, I am a sports fan,” said Billups. “I love football, just love it. Boxing and baseball too. I love being able to learn more and have options when you want to get involved and make a play.”

Through its partnership with JP McGill’s Hotel & Casino, BetRivers.com offers its players the chance to place legal online bets in the state of Colorado for the first time ever. BetRivers.com offers bets on a variety of U.S. and worldwide sports, including the NFL, NBA, NHL, and MLB, along with tennis, soccer, golf and international competitions such as Korean baseball, Taiwanese basketball, Russian ice hockey and English darts.

Players can register online and play instantly from anywhere in the state via desktop, or on Android or Apple mobile devices by visiting BetRivers.com. Players will receive a match bonus of up to $250 on their first deposit. Participants must be physically located within the state borders of Colorado and must be at least 21 years old to wager.

Founded in 2012, Chicago-based Rush Street Interactive (RSI) launched its first betting site, PlaySugarHouse.com, in New Jersey in September 2016. The company subsequently made history by becoming the first operator in the United States to offer a fully integrated online sportsbook and casino. In addition, RSI was the first company to launch legal online sportsbooks both in Pennsylvania (PlaySugarHouse.com) and Indiana (BetRivers.com) as well as being the first to open a legal sportsbook in the state of New York (@ Rivers Casino in Schenectady) and, most recently, in Illinois (@ Rivers Casino in Des Plaines). RSI also operates in-casino sportsbooks at Rivers Casinos in Pittsburgh & Philadelphia and at the historic French Lick Resort in Indiana. BetRivers.com is also the exclusive official sportsbook partner for the Philadelphia Flyers & Wells Fargo Center. RSI was the first US-based gaming operator to launch a legal and regulated online sportsbook in Latin America (Rushbet.co in Colombia). Rush Street Interactive is also the developer and operator of a leading social gaming platform currently deployed at the group’s affiliated land-based casinos and selected third party partners. Rush Street Interactive was named “Mobile Operator of the Year” in North America at the EGR North America Awards 2019 and “American Operator of the Year” & “Casino Operator of the Year” at the American Gambling Awards in 2019. For more information, visit rushstreetinteractive.com.