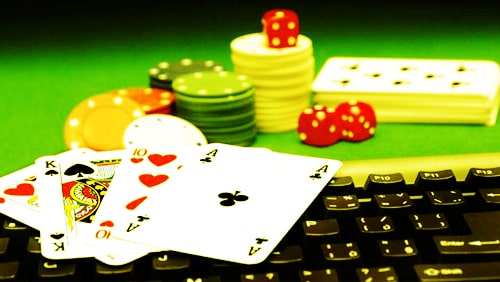 With many major poker brands such as PokerStars and partypoker weighing up the consequences of moving live events online, Unibet Poker have acted fast and decisively in declaring all their live events to be taking place online for the rest of the year.

With a strong reputation as the fun and friendly tour on the poker landscape, Unibet have made several strong decisions in the past 12 months that hint at a conscientious leadership at the heart of the company.

Whenever there’s the chance to do the right thing, Unibet seem to take it.

That ethical strength now applies to the deepest crisis the world has faced in this relatively new Millennium. The work put into organizing a live poker tour is huge.

Marketing poker to a fanbase is a rolling schedule of both reacting to player suggestions and business demands balanced with the ability to foresee changes that are coming. In such bizarrely testing times, it must be a little like trying to perform a balancing act one has perfected only to be asked to do so while handcuffed with a blindfold put on for good measure.

Players come under no little scrutiny at the best of times, but again, Unibet’s roster of pros, such as Irish legends Dara O’Kearney and David Lappin and almost everyone’s favourite British pro Ian Simpson, have all reacted with the expected but no less praiseworthy ethic of doubling down on content, appealing to players to forgive any technical blips, and doing a fine job in continuing to inspire amateurs to download the software and give Unibet a click.

At the top, Unibet have often made bold decisions, from tournaments they’ve put on to pros they’ve badged up. So, the decision that the Unibet Open will move online for the next eight months cannot have been taken lightly.

In such a global pandemic, the crib notes on almost all decision can mostly be prefaced by the disclaimer that no-one really knows what to expect or do. We haven’t been here before, these are unfamiliar steps we all take. But it will be a comfort to most Unibet players that they know where they’ll be for the remainder of 2020 – safely at home.

With the Unibet Open Tallinn already merged with the forthcoming Unibet Online Series, both other live events – the Fall Open and Winter Open – will now move online. As yet, there hasn’t been any confirmation of specific dates for those events, but they were originally scheduled for September and December respectively, so that’s likely to be the case once the numbers crunchers come up with the perfect dates.

“This is not a decision we have taken lightly,” Unibet said in a statement on their official website via Head of Events, Nataly Sopacuaperu, “we fully understand the impact to our partners and the land-based venues, however, as a priority, we must consider not only the health of our customers but also the difficulty for recreational players with regards to planning trips around uncertainty.”

With the €1,000,000-guaranteed Unibet Online Series beginning on May 1st and culminating in the €1,100 buy-in Unibet Open Main Event on 24th May, there is every opportunity for players to start their ‘Green Clover’ journey as early as tomorrow, with satellites running to the 132 events on the schedule.