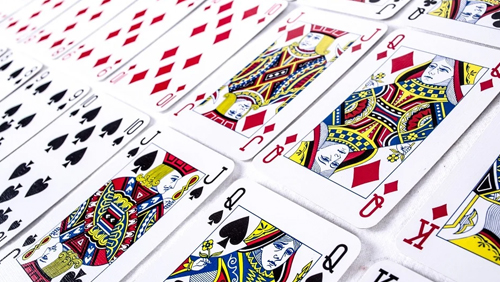 We live in a world where poker content is not just commonplace, it’s everywhere. A thousand videos of momentous occasions from poker history live on YouTube ready for you to watch at the click of a button. Subscription-based exclusive content is available at PokerGO. Each poker brand has their own channel of videos, while myriad videos appear every week thanks to bloggers such as Andrew Neeme, Johnnie Vibes or Brad Owen to name just three.

Yet, surrounded by so much content, in a sea of similarity, it’s possible to stand out and carve a new niche, something that the subject of this week’s look at Poker video Blogs has achieved with unparalleled success.

Joey Ingram, also known as ‘Papi’ or ‘Chicago Joey’ has been making poker videos and putting them out there on YouTube for so long that he has become synonymous with the genre. Not only that, but he has become the award-winning focus for much of the poker world. From elite pros to recreational players and fanboys, Joey Ingram has become the touchstone for many poker fans interpretations of the latest industry events, from tournament titles to controversial court cases.

Let’s look at just a few of the numbers when it comes to Chicago Joey.

In the last two years alone, Ingram has put out over 200 videos, averaging a new video more frequently than once every four days. In the 13 years since he joined YouTube, Joey Ingram’s videos have been watched an unbelievable 50 million times.

In addition to Ingram’s popularity as a YouTuber, he’s gone poker mainstream in a big way. With almost 50,000 Twitter followers, what he says on the socials goes a long way to providing a sample-size proof way of vetting interest before he ever has to sit down in one of his trademark vests. With fans on Facebook and interest on Instagram, Ingram has a strong fanbase and never seems to let them down.

During recent newsworthy moments in poker, it has been Joey Ingram who has dug deepest. His investigative personality means that he’s able to look into issues like the recent Mike Postle allegations with the kind of dedication that would make a super sleuth look lazy.

If we were Doug Polk reading this, then this might be the moment we question exactly who is the most popular current poker content creator, but as we said at the start of this look at Joey Ingram, it’s all about the currency of Ingram. While Doug Polk has ‘retired’ from poker and moved – with some success – towards lampooning the political swings that dictate so many of the world’s headlines, Ingram has been left on the throne. If a new massive story like Postle breaks again, the poker-watching public will turn to Ingram not Polk to dissect it.

That’s one of the key traits that appeal to viewers of Joe Ingram’s work. Yeah, he’ll sensationalise the shocking elements of say, a bone-conducting microphone, but he’ll care enough to be genuinely outraged about it at the same time. He sees the victim to go with the crime in the way any true investigator does. In the case of Mike Postle, Ingram’s journalistic dog-with-a-bone tendency genuinely moved the case nearer to a courtroom, no matter how much the accused will seemingly do anything to escape his fate.

It’s easy to disregard Ingram as focusing on the low-hanging fruit when looking at the videos he produces as part of the same stable as Doug Polk and Upswing Poker. His videos have all the integrations and graphics you might expect from video series that appeal to easy-going fans. His content could easily be decried as simple, highly marketable videos for the type of poker players who deposit $10 and go for the first bright face they see. There is, however, a lot more to Ingram.

Choosing to subscribe to his YouTube channel is a little like picking a big bag of potato chips off the shelf, only to find that at the bottom of the packet is a three-course meal. His work leaves you satisfied, hooks you in and entertains you with a dash of education built in.

Joe Ingram clearly knows his poker, and you’ll improve just by watching his analysis. You could learn a new variant by studying his High Stakes Pot Limit Omaha series or dive deep into the Power Poker series with Doug Polk. You can get the latest scoop on how Phil Galfond won the VeniVidi challenge and there’s no better way of enjoying it than watching what Ingram and his team does with the raw footage.

If you’re anything like us, however, you’ll watch Joe Ingram because you love hearing what he has to say, and, perhaps as importantly, how he chooses to say it.

You can check out his massive collection of Poker Video Blogs right here.

WSOP Gold: The importance of Moneymaker’s Riverboat against Phil Ivey in 2003
Paul Seaton
3 hours Ago