Home / Sports / Is now the right moment to join the Esports betting business? 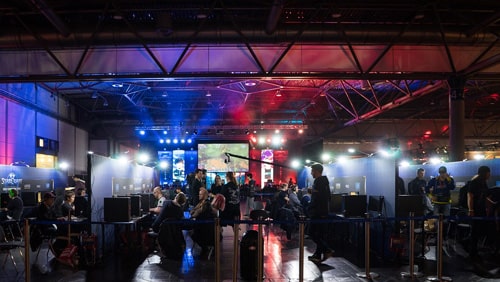 This is a guest contribution by Paul Brel of LOOT.BET. If you would like to submit a contribution please contact Bill Beatty for submission details. Thank you.

Opinion: The Right Moment to Join the Esports Betting Business

For several years now, experts have been saying esports and esports betting are promising fields for investment. But despite this, many investors and entrepreneurs have remained passive, perhaps assuming the industry still needed time to mature, stabilize, and become more predictable. Today, it seems many are waiting for the COVID-19 crisis to pass before committing to action. Of course, this hesitation is perfectly understandable given the terrible impact the crisis is having on many sectors, but waiting could be a mistake. Why? Because esports has found itself in a very unusual position, and there are plenty of indicators that despite the turmoil the world is witnessing, now is an opportune time to enter the esports betting business, whether as an investor or a startup.

Clearly, the most obvious thing making esports attractive to investors and entrepreneurs is its phenomenal growth rate. In fact, esports betting has been growing faster than esports as a whole – even before the COVID-19 crisis started. Illustrating this, according to the latest Newzoo report, year-on-year growth for the esports industry in 2019 was 22.4%, and the projection for 2020 is 15.7%; a year ago, the agency suggested growth of 16.9% in 2021 and 14.3% in 2022. In turn, Eilers & Krejcik Gaming and Narus have predicted growth rates of more than 38% for esports betting in 2019 and 2020.

However, is now clear that the predicted growth rates for esports betting will be exceeded. Given that most sporting events have been canceled or postponed, esports and virtual sports offer some of the few alternatives for the huge number of sports fans and bettors worldwide. Widespread lockdowns also mean many existing esports fans and bettors are finding they have much more free time for their interests.

Here at LOOT.BET we felt the effects of the ‘Great Lockdown’ immediately. In the first few weeks of the global quarantine, daily bet volumes rocketed by 20%, and have been maintaining a weekly growth rate of around 20% ever since. During the first few weeks of widespread self-isolation, traffic and new registrations increased even more dramatically, up by 30% and 50% respectively. Also notable, was a massive increase in the popularity of titles that had previously been relatively unpopular among our users. For example, in March, FIFA 20 generated a larger volume of bets than Overwatch, StarCraft 2, and Call of Duty combined.

However, at the same time, revenue growth rates across the wider esports industry in 2020 are likely to be lower than forecast prior to the pandemic. This is because esports operators, and some other players in the industry, are taking substantial losses as major events are being changed to online-only, meaning ticket and merchandise sales will be badly hit for the foreseeable future.

On the other hand, because the industry is one of the lucky few able to keep functioning in an entirely online environment, the esports audience is continuing to see substantial growth. Here, let’s return to Newzoo again, which noted esports audience growth of 12.3% in 2019 and predicted growth of 11.7% in 2020. In terms of actual numbers, the agency predicted the esports audience would increase from 495M in 2020 to 646.5M in 2023 – which equates to an average year-on-year growth of just under 10% per year. Of course, these forecasts were made prior to the COVID-19 pandemic and lockdowns, and it now seems the actual growth will be significantly higher.

We should keep in mind that, when everything eventually returns to normal, many of those who turned to esports during the crisis will return to classic sports, whether it be football, hockey, or whichever sport they are passionate about. But, there is no doubt, that the crisis will have accelerated the growth of the esports fan base, and it seems very likely that esports betting growth will peak sometime in the next few years.

Prepare for another boost

Another factor supporting our assumptions is the rising profile of esports at mainstream sporting events, including some of the world’s biggest. Consider the successful debut of esports at the 2019 Southeast Asian Games and other recent sports events, and the possibility that esports will be featured, in some form, at the postponed Tokyo 2020 Olympics, and maybe the 2022 Asian Games. The perceived endorsement from the world’s most respected traditional sports authorities, plus the massive mainstream exposure, is certain to give a considerable impetus to esports, and hence esports betting.

Likewise, the prestige and legitimacy of esports will be further enhanced as more countries officially recognize it as a sport and start introducing it to their educational systems. Esports betting also stands to benefit from new emerging markets. For example, as individual U.S. states continue to legalize sports betting, following the repeal of PASPA in May 2018, the United States has the potential to become one of the world’s most lucrative markets. Likewise, Brazil, a country that has a huge esports fan base, seems likely to legalize online betting soon, opening up another vast market.

Of course, those wanting to dominate emerging markets need to act quickly if they want to get ahead of what will likely be a very big pack.

At LOOT.BET we have also noted other trends that suggest there’s probably never going to be a better time to seize the moment and invest in esports betting.

Firstly, the mass exodus from illegal skin betting towards licensed cash betting seems to be drawing down. Valve’s ‘crusade’ against skin betting platforms in 2016 motivated many users to move to the regulated betting sector, giving it a major boost, but this is now fading. Additionally, over the past three years, customers of pool betting sites have been switching to cash betting – following the same trend previously observed in traditional sports betting.

The good news here is that many of those using the illegal skin betting sites have now reached, or are about to reach, legal adulthood. These are people who already have an interest in betting and are very likely to continue betting on esports, but with cash and legally. This will probably mean they are easier for operators to acquire than those who are completely new to betting. But, if you want to get this audience, you won’t only have to be better than your rivals, but faster too.

Finally, as esports betting both professionalizes and legitimizes, and its image amongst esports fans improves, there is a clear opportunity for operators to build strong core communities – something incredibly important in an industry that is as fan-driven as esports.

Despite the positive factors, it must be noted there are also a few negative processes at work. One of these is the dramatically rising cost of advertising, especially when it comes to sponsoring esports tournaments. To put it in perspective, in some cases, due to rapidly increasing demand, rates have shot up tenfold in just two years. And, it’s not just cost that’s a factor either. Esports betting marketing is becoming much more sophisticated, and without a first-class marketing strategy, an operator stands no chance in the betting industry.

In a nutshell, as we go forward, it’s only going to get harder for new and smaller esports bookmakers to compete with both the established specialist esports betting operators and the traditional sportsbook giants – many of which are finally taking esports seriously. In fact, even before the ‘Great Lockdown’, esports had already grown to become the 3rd-4th most popular discipline by bet volume at many traditional bookmakers – often ahead of traditional sports like basketball and baseball. Now, with classic sports completely shut down in most countries, esports betting is absolutely dominant.

Even before the crisis, there was serious talk in betting industry circles that, in 10-20 years, esports could have caught up with all classic sports combined in terms of bet volume – and that isn’t as far-fetched as it first sounds. Consider that esports betting is still at a very early stage of development, and the average 20-year-old these days is likely to be more interested in esports than traditional sports. Given there is every reason to believe they will maintain this interest and passion for decades, while the existing sports betting audience, which is on average much older, will gradually fade away, we could well see the era of sports give way to the era of esports.

And, when we now factor in the effects of the ‘Great Lockdown’, it must be more likely that esports betting will catch up with classic sports betting even sooner than most thought possible.

This also means it will become ever more critical to constantly introduce innovative features and offers to engage with the distinctly nuanced, progressive, and super-demanding esports audience. Indeed, this is where we believe specialized esports bookmakers, who understand the esports market and fans on a much deeper level, will still hold a key advantage over the traditional betting behemoths.

Taking everything into account, the financial threshold for entering the esports betting business will continue to rise – whether in terms of investing in an existing betting platform or getting a startup off the ground. And, of course, in such a young and rapidly growing industry, it is the pioneers that stand to benefit the most. So, while some investors are waiting for the right moment to step into the esports betting business, there’s a lot of evidence to suggest that despite the unprecedented global crisis that is crippling many other sectors, there are still some incredible investment opportunities for those with vision, and one of them is quite clearly esports betting.

‘Paul Brel is Head of Communications at LOOT.BET’s operating company Livestream. You can learn more about Livestream here: http://www.livestream.ltd/‘