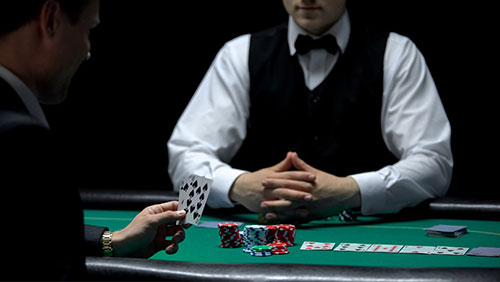 After a mammoth weekend at the virtual felt, Alexandros Kolonias won the 2020 Poker Masters Online Championship Series, and in doing so clinched a bonus $50,000 payday. The final ten events were set up for a fantastic finish and that was exactly what they got as some of the biggest names in the world of poker put down some eye-watering buy-ins and loaded up the Poker Masters Online Championship lobby. Here’s how the final straight produced a champion.

The $25,000 buy-in saw Dan Smith win the day and take home a massive $511,875 top prize when he beat Artur Martirosyan in the heads-up. With the tournament having 77 entries in total, elsewhere at the final table where eight players cashed, Steve O’Dwyer was edged into 6th place for a result of $86,625, while Alex Foxen snuck into 4th place for $141,750. Timothy Adams outlasted Foxen to sneak into 3rd place for $228,375.

The $10,000-entry event which followed saw Alex Foxen get even closer to the outright win as he came 2nd for $150,150. Foxen lost at the last to Sebastian Lewin, who took home $240,860 for his efforts. Eventual leaderboard winner Alexandros Kolonias banked an impressive $92,400 for his 3rd place finish, but the 92 points he collected would go some way to putting himself in pole position for the win later on in the weekend.

Another big win for French player Pascal Lefrancois headlined Event #23, which was Pot Limit Omaha in Six-Max. Lefrancois won for a massive $527,509 after defeating Andras Nemeth, who took home $343,125 for his runner-up finish.

With 64 entries, just eight players would cash, and this event was more about those around the top of the leaderboard who missed out, with Wiktor Malinowski ($352,000) missing out in the heads-up battle for the title against Samuel Vousden ($520,000).

Having already cashed seven times before the $25,000 NLHE event, Jorryt van Hoof managed profit again as he raced into an early lead in Event #26, eventually cashing for $114,750 in 4th place. He couldn’t quite manage the win, however, as former champion Ali Imsirovic took it down for $446,250, gathering in 268 priceless points in the race for the Purple Jacket.

With two events to go, it was so close, Artur Martirosian leading the way with 957 points, trailed closely by Timothy Adams (861 points), Ali Imsirovic (857 points) and Alexandros Kolonias (823 points).

The final event saw half a dozen players still in with a chance of winning the overall Championship, and when several made the final table, it made for a thrilling conclusion to the action. The $10,00-entry NLHE event saw an incredible 146 entries, meaning $367,782 was up top, and more importantly, 368 Championship points.

With the NLHE drama taking place at Six-Max tables, players like Steve O’Dwyer (17th), Chris ‘Big Huni’ Hunichen (15th) and Ben Heath (14th) all made the money, cashing for $26,789 each. They were to miss out on the final dozen, but with Pascal Lefrancois, Artur Martirosyan and Alexandros Kolonias all involved, the title was still up for grabs.

Lefrancois busted on the final table when he finished 7th for $45,990, while Martirosyan bowed out in 5th place for $91,250. Those points turned out not to be enough, as Kolonias powered home to win the final event and gather in the 368 points that propelled him to the top of the overall leaderboard and ultimately the outright victory as well as the Championship Purple Jacket.

“I am very proud of this win because I think I played the best poker I have ever played,” said Kolonias to Poker Central when the action concluded. “The competition was really tough. The Purple Jacket is an important title and it feels about the same as winning the WSOP Europe Main Event last year, but that time I had some tears when I won, I was more emotional.

Here’s how they all ended up in the official final top 10.