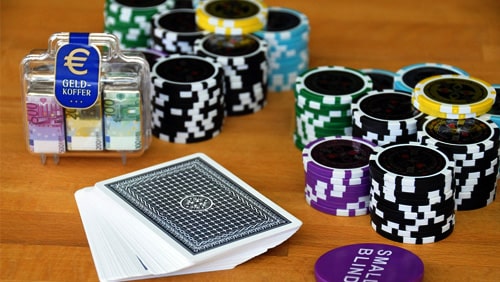 Seven more events in the Poker Masters Online Series have seen Alexandros Kolonias and Timothy Adams rise to the top of the leaderboard after 18 high roller and high-profile poker events.

The action has been huge in one of the flagship Poker Central events which, like so many events this year, has been forced online due to the Coronavirus outbreak. After 11 events, Hungarian player Andras Nemeth was in the lead, but after a raft of new events, that has changed dramatically as Nemeth slid to 5th after the latest results.

With over $17 million awarded in prize money so far, the race is well and truly on to become the world’s first Poker Masters Online Series winner and claim the $50,000 top prize and much-coveted Purple Jacket. Let’s take a look at who took down what as 60% of the events were completed.

With 87 entries and a prize-pool of $870,000, it was another Hungarian poker pro who booked a win in the $10,000-entry Pot Limit Omaha event. Dutch player Jorryt van Hoof made yet another deep run, eventually finishing 4th for a $75,125 payday.

There would be an appearance at the final table for former Purple Jacket winner Ali Imsirovic, but the Bosnian pro could only finish 7th for $28,275. Eventually, Hungarian Bujtas Laszlo took down the event and won $272,141 in the process, defeating Canadian player Ami Barer heads-up.

A total of 68 entries were fired into the 13th event of the 2020 Poker Masters Online Series, with Luuk Gieles the eventual winner, taking home $253,217 and grabbing 253 leaderboard points. With the final table proving popular with fans who watched the live stream on Facebook, Mike ‘Sir Watts’ Watson was the first player to leave the $10,000-entry Six-Max NLHE event’s final table.

While Watson banked $30,600, another big name would only go one step further as Alex Foxen bagged $44,200 for finishing in 5th place. Ludovic Geilich’s run to 3rd place saw him net a healthy $81,600, while it was Timothy Adams who eventually finished as runner-up to Gieles, taking $153,000 for losing the heads-up battle.

Once the tournament reached its denouement, it would be a heads-up fight for the $279,300 top prize between Alexandros Kolonias and Mustapha Kanit, with the latter eventually prevailing and Kolonias settling for the $199,500 runner-up prize. The 200 leaderboard points Kolonias took with his money may yet prove crucial to his chances of becoming the Series champion.

Timothy Adams went one place better than he did in Event #13 as the stellar names all seemed to rise to the top of the final payouts in Event #15. With 78 entries, the $10,000-entry NHLE event saw Adams bank $243,988 for his win, and the 244 points he won helped him leap up the overall leaderboard.

Elsewhere, however, plenty of massive poker players improved their already huge reputations. Jorryt van Hoof made the final table yet again as he finished in 9th place for $25,350, while Ali Imsirovic (6th for $33,150) and Ben Heath (5th for $48,750) both got close to victory. Alex Foxen got one place closer, but he was outlasted by Dario Sammartino and the eventual runner-up, Brazilian Joao Vieira, who took home $152,100).

One of the biggest top prizes so far saw Jason Koon win the $25,000-entry NLHE event, as the partypoker player won $549,000. Koon’s heads-up opponent was the man who is 2nd on the all-time money list for live players, Justin Bonomo, who won $369,000 for his efforts.

Elsewhere on the final table, Steve O’Dwyer came 3rd for $252,000, Dario Sammartino put in yet another good finish to a Poker Masters event to claim $99,000 and Joni Jouhkimainen came 7th for $85,500. With 72 entries taking part, the total prizepool ended at a cool $1.8 million.

It was back to PLO for the next event, which cost $10,000 and was in a Six-Max format. This time, 92 entries took to the felt, with van Hoof making the final table yet again for a seventh Poker Masters cash of $80,500 as he finished in 4th place. It would be Eelis Parssinnen who would win the event and $287,781, triumphing over Bengt Sonnert in the heads-up battle, Sonnert taking home $179,400 for his trouble.

The final event of the night took place in NLHE and was a faster-structured event. Perhaps due to that, there were 104 total entries, with one of the biggest names in online poker, Linus Loeliger, closing it out for the outright win and $325,318 in prize money. Loeliger got the better of Artur Martirosian ($202,800) heads-up, while Ole Schemion made the final table, finishing 5th for $65,000. Also running deep were two of the most in-form high rollers in the game right now, with Chris ‘Big Huni’ Hunichen (8th for $33,800) and Sergi Reixach (9th for 33,800 also) both making the final table fun.

With just a dozen events still to play, here are the current standings, with Kolonias and Adams separated by the thinnest of cigarette papers in terms of a lead. Jorryt van Hoof’s seven cashes so far see him still a big threat to the title in 6th place.