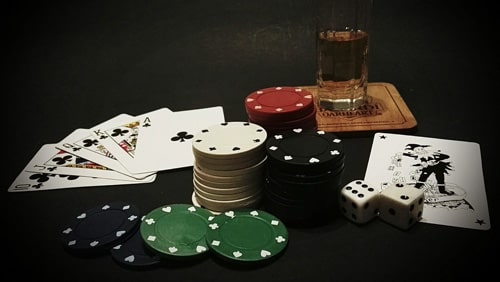 The International Federation of Match Poker (IFMP) have been faced with a huge logistical challenge just like many businesses in recent weeks, but despite having to jump some pretty high hurdles, the IFMP Nations Cup Final will take place on the weekend of Saturday 30th and Sunday 31st May, although not quite as previously planned.

The International Federation of Poker have long provided plenty of interest to poker industry professionals and fans who defend the game as a mindsport, something the game of poker was re-classified as back in 2011 when I was in attendance at the £5,000 Invitational Event and IFP Duplicate Poker Nations Cup, which featured players such as The Hendon Mob’s Barny Boatman, Marcel Luske and the always entertaining Tony G:

With the Nations Cup Final now taking place online, the event will be hosted virtually in order to protect players from nations facing lockdowns in their country due to the coronavirus outbreak. There will be 14 nations competing live on a digital hosting platform and one of the core nuances of IFMP gameplay – discussing tactics with teammates – will still be able to happen. It’s a live environment, just one taking place virtually rather than in person.

Of course, some players will be taking place in a different time-zone to others, so the event has not been without its challenges. The IFMP and IFP events have always been welcoming, friendly events, and the ‘Match Poker’ format – each match features the same ‘deal’ of cards recreated virtually as opposed to physically in this case. While the live event would have been so much better and no-one can be totally happy with completing the event online, this is one element which will take a lot less time to organise.

There are a wide selection of nations taking part in the tournament, with reigning World champions Ukraine joined in the draw by current European champions Spain as well as Asian champions India and 11 other nations. These include Germany, Belarus, Lithuania, Taiwan, Australia, Singapore, Korea, Ireland and Poland, but will also feature both a “Digital Nation” as well as the IFMP President Patrick Nally’s ‘Pick’ side

Nally, who has been integral to the IFP and IFMP projects along with other luminaries of the poker world over the years such as Anthony Holden, author of Big Deal, said:

“All International Sports Federations are facing enormous challenges due to the pandemic but we are fortunate that, with our gameplay software, we are able to play a ‘live’ event but in individual home locations. Match Poker is a sport based entirely on skill and it’s the combination of a team’s effort that will ultimately produce the winner. The social relationships developed through the hosting of our Match Poker events are important to us and we are looking forward to getting back to live events as soon as practical, but we will continue to support our international competition schedule in this manner until such times as our ‘sporting family’ can be reunited”.

You can read more about Match Poker and the Nations Cup right here on their official website, with the action sure to be highly entertaining when the virtual cards are in the air in six weeks time.