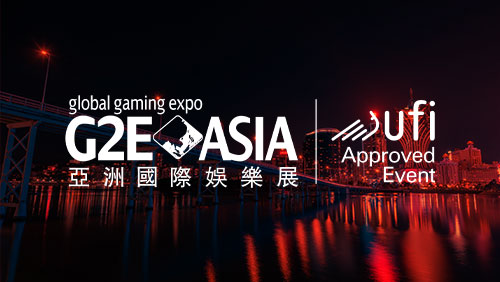 Gaming operators should have been preparing for one of the largest gaming conferences, Global Gaming Expo (G2E) Asia, which had initially been scheduled for May 19-21. However, as the coronavirus continued to spread across the region, and then the world, the event was forced to be put on hold. It was rescheduled for July 28-30, but this alternative was met with just a lukewarm response. Concerns that gaming companies simply wouldn’t be ready seem to have been validated, as G2E Asia has been rescheduled once again, this time allowing more than enough time for participants to get ready. The conference will now be held at the end of the year.

The American Gaming Association (AGA) and Reed Exhibitions are behind the event, held each year at the Venetian Macao in Macau. The AGA announced on its website today that it has been forced to push back G2E Asia to December 1-3, but the venue won’t be changed. The organization explained, “The health and safety of our exhibitors, attendees, and employees is always our highest priority. Based on our continued monitoring of the global health crisis, and in consultation with our customers and the Macao government, we will now host G2E Asia in December.”

The changes most likely won’t come as a surprise to anyone in the industry. The coronavirus-caused lockdown remains in place in a lot of areas around the world and is going to extend into May. A July event would have come too soon, and there’s not yet a clear indication that large gatherings and international travel will be safe enough to allow gaming companies and participants to begin to make preparations without concerns over the health of the individuals. In addition, juggling other commitments to clear the calendar for the July dates would have most likely been a difficult task. Postponing the event until December gives companies plenty of time to get everything in order.

The chief operating officer for Reed Exhibitions China, Josephine Lee, weighed in on the rescheduling in a separate press release, explaining, “The rapidly evolving situation makes it too difficult to host G2E Asia in a safe environment this summer. Based on our continued monitoring of the global health crisis, and in consultation with our customers and the Macau government, we have made the decision to postpone G2E Asia to December. The health and safety of our exhibitors, attendees, and employees is paramount.”

It isn’t clear how the change will impact attendance of the event. More than likely, there won’t be much of a difference, as the entire global gaming community is going to have to band together to help restore the order that existed prior to the current COVID-19 pandemic that has brought the industry to its knees.