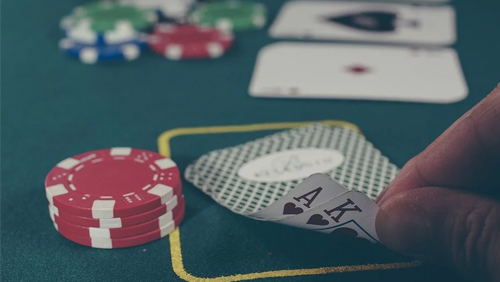 Seven events have taken place in the 2020 Poker Masters Online Championship so far, and with players such as Alex Foxen, Sam Greenwood and Jorryt van Hoof all starring, we’ve taken a look at who was a cut above the rest in each event and what the overall standings are heading into a busy weekend of action.

Switching to Pot Limit Omaha for the second event, the buy-in was $10,000 and featured 55 players as well as a prizepool of $552,000. Some big names provided plenty of entertainment but failed to make the money places, such as Tony G, Ludovic Geilich and Australia’s most successful modern player poker player, Kahle Burns. British poker legend Sam Trickett made the money, min-cashing in 8th place, and he was joined at the final table by ‘Crazy Aussie’ Matt Kirk, who came 4th for $49,500. It was another British poker player who made the heads-up battle for the title, but James Akenhead ($123,750) ended up being edged out by Tobias Ziegler, who won the event for $192,249.

With a half-million guarantee, the 103 players who played Event #4 created a prizepool of over a million and were topped by Mike ‘Sir Watts’ Watson. Watson, who won $249,000 by taking down the event, beat Sam Greenwood to the win, with Greenwood taking home $178,500 – a fine return on the $10,000 entry fee. Dutch poker legend and former WSOP Main Event final table player Jorryt van Hoof came 3rd for $127,500. The event saw 16 players cash, with Pauli Ayras’ final table appearance in 8th place ($33,150) contributing an important 33 points to his cause.

As the 2020 Poker Masters Online Championship reached its sixth event, there was a change to come at the top of the leaderboard. The $10,000-entry PLO 6-Max event saw players like George Wollf (9th) and Pascal Lefrancois (8th) both reach the money for $31,525 but fall short of the final table. Ole Schemion (6th for $41,225) would leave the final table first, but he was outlasted by Jorryt van Hoof (4th for $84,875) and Pauli Ayras among others, with Ayras winning the event for a huge result of $303,421. That result put Ayras into the outright lead in the Championship.

George Wollf showed it wasn’t just Pot Limit Omaha he can boss the table at, as he finished as runner-up in Event #7, the $10,000-entry NLHE event.

An appearance from Mustapha Kanit at the final table (4th for $75,250) was just one of the many big names who reached the money. Jorryt van Hoof scraped into 12th place for his third cash of the series, with Ali Imsirovic’s run to 3rd place doing his chances of rising to win back his Purple Jacket no harm. Eventually, though, it was Alexandros Kolonias who triumphed, getting the better of Wollf heads-up to claim the $269,013 top prize and put himself into contention for the overall win by moving up to 3rd on the Poker Masters leaderboard.

There are seven events now in the can, with another 23 still to come. With the winner of the whole series winning $50,000 and the much-vaunted Poker Masters Purple Jacket, the competition this weekend and until the series finishes on April 26th (next Sunday) is bound to be fierce.