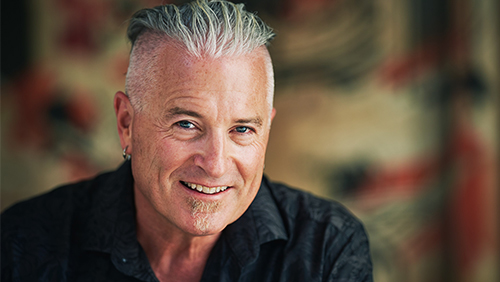 Calvin Ayre has led quite a life, going from humble beginnings to becoming a leader of both the online gaming and Bitcoin industries. On the podcast My Big Break Almost, hosts Paul and Lindy spoke with Ayre, exploring his history and what he’s up to now.

Phoning in from his COVID-19 quarantine home in Panama, Ayre first spoke about his current mission, which is to round up personal protective equipment (PPE) supplies for Antigua. He’s happy to be in Panama, where facilities are top notch, and where he visited many times when he previously lived in Costa Rica.

Paul has been a big fan of Bodog, and asked Ayre to talk about how the company got started. The name came from a list of criteria to make it as memorable and marketable as possible. Otherwise, having been raised on a Saskatchewan pig farm, Calvin started the company with a mere $10,000, and a lot of hard work. “To make a company, you have to use your own time when you’re starting companies,” he said. “You have to use your time as a substitute for capital.”

That doesn’t mean everything went perfectly, but Ayre notes that there’s nothing he regrets about what he’s built. “I don’t really have a big, I wish I wouldn’t have done that moment,” he said. “I kind of seem to have a skill for taking disasters and finding a way to make it work into something positive.” The bottom line for the Bodog founder is that he rather take the risk of trying something, than to always wonder what could have been.

A big part of the Bodog brand has always been the parties, and that helped keep the company so interesting to Ayre for so many years. “What made it so fun, because it was an entertainment brand, partying was part of the brand,” he said. He noted that parties weren’t just a perk, but a strategy of building the brand into something bigger, using them to attract, influence and partner with several influential people in the industry.

The hosts of the podcast showed a curiosity about the billionaire life throughout the podcast, and Ayre noted that, unlike other tycoons that might be into cars or other extravagant purchases, his interest has been in building houses. He likes to be personally involved in designing and building homes all over the world, with houses in Antigua, Canada, Thailand, and the Philippines.

Ayre’s current focus is on Bitcoin, and he had to explain to the hosts the basics of what Bitcoin is. As originally designed by his friend Dr. Craig S. Wright under the pseudonym Satoshi Nakamoto, it’s purpose is to allow for microtransactions and act as an immutable ledger. It’s also capable of monetizing data. He explained further:

“What I’ve done, I’m working with Craig, myself and others, and we’re bringing the original design back that had been abused by people, after he let it go in the wild, and it’s now trading on the exchanges as BSV, Bitcoin Satoshi Vision, and it’s the only one in the world that scales massively, has utility and does all of the things, it’s the original design that he launched in 2009.”

He also noted the real world utility that is already possible on Bitcoin SV. Pointing to the American healthcare company EHR, Bitcoin SV is being used to help track healthcare data and combat the opioid epidemic in the U.S.

Ayre expects to see a thriving Bitcoin industry next 2-3 years, when “the industry will take on a life of its own.” But he’s not really focusing on running a company in the space; his emphasis is on being an advisor and investor in a totally new industry.

That’s not all Ayre is working on though. He teases that he’s getting pretty involved with technology related to wellness. He notes that the next wave of health and wellness will come from customizing diets and supplements based on an individuals’ needs. By testing a person’s genome and getting all of their bodily indicators, Ayre notes that a specific nutritional plan can be devised that suits them best.

When asked by the vegetarian hosts what his diet currently consists of, he notes he’s currently on a Mediterranean diet with intermittent fasting, which immediately ended acid reflux. While he notes that he’s currently testing this idea on his own body, “the idea is to create a business out of it at some point.”

Finally, the hosts asked what advice Ayre would give to entrepreneurs who might want to follow in his footsteps. “If you’re going to start a business, because you think it’s going to make money, but you don’t like the industry, it’s going to be painful,” he said. “I think I would advise people to find an industry that they’re naturally attracted to, because it’s going to be a lot of work, and if you’re doing work in an area that you like, it doesn’t feel like work.”

If that industry happens to be the gambling industry, and building on Bitcoin SV, Ayre is looking to help you get started. The Ayre Group is looking to invest in companies who hope to get to the next level, and do so on the original Bitcoin SV ecosystem.

But in the meantime, if you want to hear more from Ayre himself on how he’s done so well across several industries, check out the My Big Break Almost podcast below.