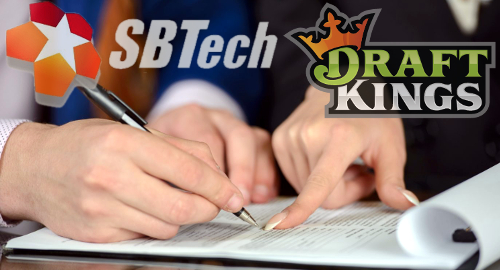 On Wednesday, by Nasdaq-listed Diamond Eagle Acquisition Corp (DEAC) filed papers with the US Securities and Exchange Commission (SEC) detailing an amendment to the company’s previously announced ‘business combination agreement’ with sports betting operator DraftKings and the Malta-based SBTech.

The deal is effectively a reverse merger that will allow DraftKings to go public by being joined with DEAC, a ‘special-purpose acquisition company’ founded by former Hollywood exec Jeff Sagansky. The deal will see SBTech replace Kambi as the enlarged DraftKings’ betting technology supplier.

While the affected sportsbooks weren’t actually doing much business at the time due to the coronavirus-related cancellations of most sports leagues, DEAC has made contingencies in case some SBTech clients seek financial compensation for their downtime.

The parties have agreed that $10m of the cash consideration due to be received by SBTech and holders of cashed-out SBTech options at the deal’s closing will instead be placed in escrow for two years following the closing of the ‘business combination’ in case the enlarged DraftKings is required to satisfy any indemnification claims. Also, $20m worth of Class A shares that were to be received by SBTech and its option holders will be subject to a two-year lockup.

Should that prove insufficient to satisfy potential claims, the enlarged DraftKings will be entitled to seek recourse against the $25m cash escrow and $45m of locked-up shares as may be available in respect of SBT’s other indemnification obligations.

Should all that prove insufficient, DraftKings will be allowed to hold SBTech and its option holders by the ankles and shake them until all the loose change falls from their pockets.

DEAC was supposed to hold a shareholder vote on the proposed combination on Thursday but a separate filing on Wednesday indicated that the meeting “will be reconvened at 10:00 a.m., New York City Time, on April ___, 2020, in virtual format.” The rescheduled date has yet to be confirmed.

Investors appeared not only unconcerned by DEAC’s announcements but positively giddy. The company’s shares closed Wednesday up 15% and have gained another 3% in after-hours trading.