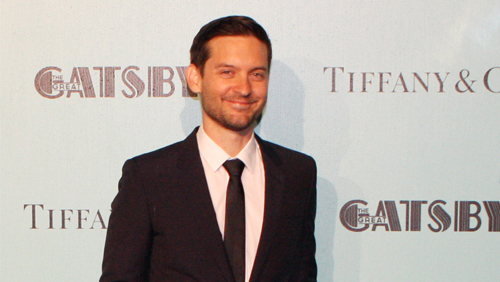 Some of the best books about poker don’t feature a single sentence about strategy or two words on tactics. They simply bring the game to life and inspire us to join the fun. The ways this can be done are varied, with every style having a place on your poker bookshelf. From the ‘Life and Times of a Poker Legend’ like The Devilfish to a deep-dive into ‘Poker & Pop Culture’ courtesy of the 2019 Global Poker Award winner Martin Harris, there’s something for everyone.

Just last week, a new exposé was published that lifts the lid still further on the notorious Hollywood poker game that featured in the 2017 film, Molly’s Game. Billion Dollar Hollywood Heist is a look at the infamous Hollywood game that was taken away from Molly Bloom by, it is alleged, Tobey Maguire.

The star of Spiderman 1,2 & 3 as well as films such as Seabiscuit and The Cider House Rules has long been a figure that has polarized popular opinion. Known as a poker player, Maguire is said to have offered Bloom, then the hostess of the poker game $1,000 to “bark like a seal”. No-one was applauding when that tidbit of Tinseltown tattle came out, and Maguire has arguably suffered since. His appearances in Hollywood movies have scaled down dramatically over the past few years, where he has been more active as a producer rather than an actor.

Was Tobey Maguire’s poker game, one in which he wanted to take down Hollywood icons such as Matt Damon, Leo Di Caprio and Ben Affleck, his downfall? The Billion Dollar Hollywood Heist the book refers to is written by Houston Curtis, the other half in the partnership between him and Maguire, that looked to take down the suckers that formed part of La La Land’s elite.

The story is well-told by Curtis and rattles along at a fair pace. It’s genuinely exciting to read about the nefarious habits of the rich and famous as they took on Curtis and Maguire at poker, more often than not losing. Curtis had a previous life as a sleight-of-hand master and had to resist using his illicit skill-set on a regular basis.

There are sections in the book that spill the beans on the Hollywood stars you’ll be buying the book to read about. From Leonardo Di Caprio refusing to put up the $5,000 buy-in and then ‘only playing aces and kings’, to Ben Affleck having to write a $50,000 cheque to cover his friend Matt Damon’s losses, it’s juicy stuff served up with a garnish as big as half the plate.

The title is a reach, as it reads more of a tale where Hollywood stars who can afford to lose million end up a couple down at most more often than not. Billions is a little misleading, but the tale is a good one and clearly paints the odious-sounding Maguire in a pretty dark light. Not only coming across as misogynistic towards Molly Bloom, Maguire frequently won in the game – often thanks to Curtis – but rarely sounds happy in any way. It’s like reading about someone winning constantly at cash games then talking about their action as if they were bad beat in every hand.

While the game started off as ‘Molly’s Game’, Maguire hijacked it and moved it to the Voper Room, scene of River Phoenix’s overdose death in 1993 and still one of Hollywood’s most legendary nightclubs.

As you can imagine, such a privileged boys club descended into an atmosphere of abhorrent behaviour under the smokescreen of ‘banter’. Ben Affleck was questioned about J-Lo’s posterior by Rick Salomon (there’s no story in it at all), while Maguire was an obsessed neat-freak who wanted to be in control of everything – a fact that any conspirator-turned-enemy would claim in Curtis’ position.

While billionaires did play in the game, it doesn’t sound like they lost their wallets, and while millions were in play, like any cash game, players didn’t go bankrupt for fear of the game ending. A little was creamed off the balances of people too rich to have kept their brains in the order they needed to be to win at poker.

If it sounds like a story of excess that simply builds and builds until Bloom gets arrested, in a sense the rewrite of Molly’s Game, it’s not. Curtis talks about having had a heart attack, losing the millions he’d won, and hitting rock bottom to such an extent that he was forced to take a loan from Maguire who then gloated at him, “I own you now! And I’m gonna make so much f**king money this year at poker!”

Curtis did no such thing, and the story’s descent into what really kept Curtis going – a sense of redemption, the love of his family, a desperate desire to survive in a physical and human sense – are probably the only truths you’ll find in the book.

The ‘Hollywood Heist’ stories are entertaining, but you get the feeling many of them have either been elaborated or clean made up on the spot by a former trickster who hasn’t fully shaken off the terrible yet powerful ability to lie well.

Billionaire Dollar Hollywood Heist is well worth buying, but a little like Titanic’s heart is more in the survival of the frail human being rather than the spectacular crash into the iceberg, Curtis’s survival is more entertaining – and far more truthful – than the entertaining exposé the book purports to be.