Home / Sports / How to win sportsbetting on Esports 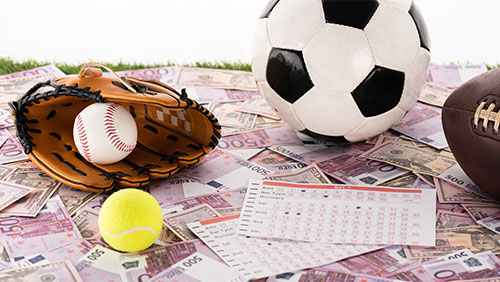 This is the most popular way of betting on any Esport markets, whether the sport in question is virtual or physical in its nature. With a moneyline bet, you’ll be betting on which team or individual will win in their match. The ‘split’ is the difference between the two options, with a dead heat being -110 or so for each choice, meaning you’d win $100 if you wagered $110.

Betting on Outrights isn’t the same, as this time, you’re betting on the result of the league or tournament, rather than a single match. They are more long-term in their betting nature and are often called Future Markets or ‘futures’ in some cases. We’ll come to how you can take advantage of these markets later in the article.

Handicap betting is, as it sounds, betting on a team or player against the other but including a handicap to your pick. For example, if you were betting on Ninja to win a best-of-five Fortnite match in the 2020 Fortnite World Cup against Tfue and wanted to improve the profit you’d make betting on the 28-year-old known as Tyler Blevins, then you could bet on Ninja-1, that is to say, you’re adding in a defeat for Ninja already, so he’d need to win 3-1 or better to pay off your bet.

With other games, such as Dota 2 and League of Legends or CS:GO, you’re betting and under or over total on the number of rounds that team will win. Simple, yet fun if your team go into an early lead.

These bets are being drafted into books for many games, such as CS:GO, where you can wager on who’ll play more maps, or even which players will end the game with a higher rating.

Bettors can wager on the game on pre-match bets but there’s another market that many bettors fail to take advantage of and that’s the huge number of betting lines available during the game, or ‘in-play’.

These odds for these markets will change frequently during the game, and you’ll have to be quick to get the right price because between bets the markets will freeze and you won’t be able to put your money on.

Those are the ways you can bet on Esports, but how is the best way to bet?

How to win sportsbetting on Esports

In Esports, much of the skill is in looking at the rosters, the records and the rewards. Let’s break down what we mean in five easy to digest tips to remember.

Knowing what you’re betting on is one thing, but researching game knowledge, team knowledge, individual record and statistical analysis is all going to improve your chances of success. You can study sites like Liquipedia or HLTV if you want to make sure you’re on top of the details you need to know.

Motivation means money in Esports, with several teams playing each other for far more than the points up for grabs. When it comes to making the playoffs late in a league season, for example, a team that has already qualified will have less to play for than a team on the fringes of the playoff spots but who still has the chance to qualify if they keep winning. A golden rule is that whoever has more to lose in any match will normally do what they have to do to find the win.

When it comes to in-play betting, one of the best things to keep an eye on is the ‘lag’ or delay in connectivity that any team might be experiencing. Sure, your eight-year-old cousin uses this as an excuse when he takes a headshot, but in Esports tournaments – especially where players are connecting from around the world – this is a real issue, and in-play betting can be where you profit from it.

What a team or individual’s recent form is can be the difference between a winning Esports bet and a losing one. It’s worth following the form to see whether a team will be involved in a tight match but also look at the roster. Is it a new team, who might not have the chemistry of an established side? If there’s a late change to the line-up, raw talent can go out of the window, replaced by a strong team ethic of a focused group of rivals.

5. Stay focused in the last minute

There have been many occasions in Esports games where the overnight favourite is not the odds-on pick by the time the teams kick off, so keep an eye on the betting markets and the direction they’re moving in.

Follow social media accounts, check database websites and keep track of league permutations and/or roster changes. If you’re ready to react quickly, then the market will be ready to pay you out.