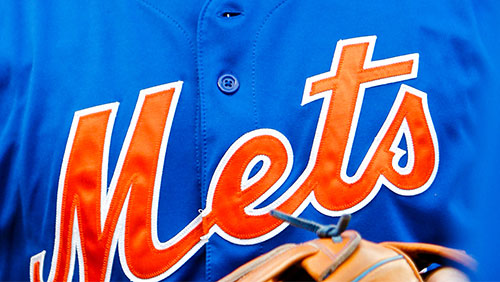 With the 2020 Major League Baseball season obviously going to be severely shortened due to the coronavirus, it’s almost tough to project what the Cy Young winner’s resume in each league might look like. In the National League, New York Mets starting pitcher Jacob deGrom won it last year with just 11 wins and the year before with only 10.

Will deGrom even get 20 starts this entire season? To double-digit wins? He is the +325 favorite to threepeat in the NL. Twenty-one pitchers have won the Cy Young Award multiple times over both leagues but only 10 have won it at least three times as deGrom looks to join that exclusive club. The lone two pitchers to win it three straight years were Hall of Famers Randy Johnson (1999-2002) and Greg Maddux (1992-95), who each did it four in a row.

The Washington Nationals’ Max Scherzer has won it three times in his career, in 2013 with the Detroit Tigers in the American League and in 2016-17 with Washington. He’s a +500 third-favorite to join Maddux, Steve Carlton, Johnson and Roger Clemens as pitchers with four Cy Young Awards.

The Dodgers’ Walker Buehler (+450), St. Louis Cardinals’ Jack Flaherty (+700) and Chicago Cubs’ Yu Darvish (+750) round out the favorites in the Senior Circuit. None have won a Cy Young. Flaherty was the best pitcher in MLB the second half of last season, with a microscopic 0.91 ERA after the 2020 All-Star break.

In the American League, the New York Yankees’ Gerrit Cole is the +225 favorite. Cole set a big-league financial record for a pitcher this offseason in signing a nine-year, $324 million deal with New York in free agency.

Cole was 20-5 with a 2.50 ERA and MLB-best 326 strikeouts last year for the Houston Astros but was second in the Cy Young voting to teammate Justin Verlander (+500), who won it for the second time – he did as well in 2011 with the Tigers when Verlander was a rare pitcher to also win MVP.

That the 2020 season was delayed worked out for Verlander because he wasn’t going to be ready for the original Opening Day due to injury. He had groin surgery last week, which is expected to sideline him six weeks.