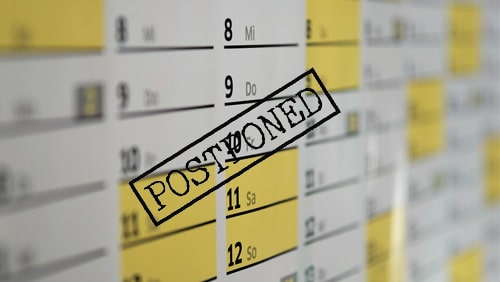 The gambling industry’s conference season has been savaged by COVID-19. Gatherings of hundreds or thousands of people right now are just unwise, and practically impossible given the precautions governments are taking. G2E Asia has already been postponed once as a result, but now TCS John Huxley is calling on Reed Exhibitions to postpone the event to an even later date.

G2E Asia 2020 was originally scheduled to take place on May 19-21 in Macau. As the gravity of our current pandemic became clear, Reed announced the event would be postponed to July 28-30, citing that the health of all attendees was their top priority, and making the decision out of an abundance of caution.

That decision seems like it was made a lifetime ago, but it was only March 3. As the pandemic continues to threaten nearly every country on the planet, TCS says that even July is too soon, as exhibitors just aren’t in a place to prepare yet. “To exhibit at a trade show takes months of painstaking meticulous preparation,” they wrote. “With so many businesses in lock down for indefinite periods along with global travel restrictions, it will take some time to re-establish normal working levels and the appetite to travel will be limited for many.

They have made these concerns known to Reed Exhibitions, but are worried that they’re screaming into a void. They note in their open letter:

“TCSJOHNHUXLEY has approached Reed Exhibitions to reconsider their revised dates and defer the show until Q4 or cancel it entirely. Unfortunately, these requests have fallen on deaf ears. ‘To go ahead with the show under these circumstances is a ludicrous combination of sheer folly and corporate profiteering,’ adds Tristan Sjöberg, Executive Chairman of TCSJOHNHUXLEY.”

The letter further notes that most of the customers TCS has spoken with has no desire to travel to Macau for a conference in July. They end the letter by calling on the industry to “take a stand and advocate for the show to be moved to the end of the year at the earliest.”

Reed’s silence on the matter likely has little to do with their intention to push ahead, and more because they’re busy trying to figure this new world out just like the rest of us. Most other conferences have announced their postponements with the caveat that they would continue to monitor the situation.

Not all conferences have been postponed though. A quick peak at the April calendar shows five conferences that are going ahead as scheduled, however time will tell if those plans evaporate as well.