On March 23, the Cosmopolitan casino in Las Vegas announced that they would be furloughing both part-time and on-call employees. This move took effect March 24. 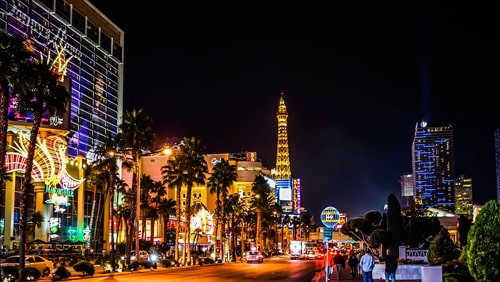 There is currently a mandatory 30-day shutdown of casinos throughout Nevada that took effect last week. In a goodwill gesture, the Cosmopolitan originally announced that eligible employees will receive full pay and benefits through the end of March. However, they have extended full pay to eligible employees through April 16, when the closure of Nevada casinos is expected to conclude. All health benefits will be available to employees through June 30.

Those considered ineligible for pay and benefits are staff who averaged less than 30 hours per week over the last six months, as well as full-time employees who were hired after March 1. No mention was provided as to whether they would receive any kind of benefits or pay from the company during the closure.

The Cosmopolitan is hoping that things will be back to normal when the closure ends. “The impact of COVID-19 continues to evolve rapidly,” they noted. “We look forward to welcoming back our guests and hope to recall furloughed employees as soon as we can.”

The Cosmopolitan joins an ever-growing group of casinos furloughing employees during the crisis. On March 20, the Silverton announced that they had laid off between 600 and 800 employees at the off-Strip casino. The combined furloughs of these two casinos are part of the nearly 617,000 employees furloughed or laid off due to the pandemic, according to the American Gaming Association (AGA).

Many of these casino operators are now hoping that a stimulus package will be passed by the U.S. Congress which will enable them to receive financial assistance. Currently, a bill is being worked on in the Senate and it is hoped that this bill will be passed by Wednesday.