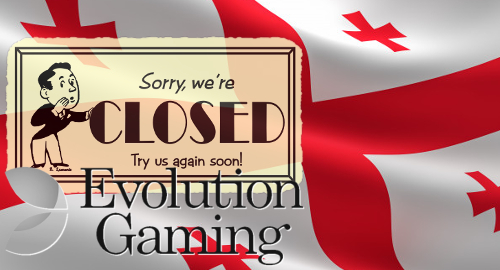 Live dealer online casino specialists Evolution Gaming have temporarily closed their studio in the Republic of Georgia as the government looks to minimize COVID-19 transmission.

On Monday, the Stockholm-listed Evolution announced that it had “been instructed” by the Georgian government to “temporarily close” its studio in the city of Tbilisi. Evolution assured investors that “a large part” of the studio’s workload would be absorbed by the company’s other European studios. Investors didn’t seem too bothered, as the stock closed up 1.8% for the day.

Evolution said the Tbilisi studio had already been observing the local government’s social distancing guidelines and the company had also implemented an “extensive number of infection prevention measures.” Evolution said it remains in close contact with the government and would “adapt continuously” to any new requirements that will allow the studio to reopen.

The Tbilisi studio underwent some labor unrest last August as workers walked off the job in pursuit of higher wages and better working conditions. Evolution operates a number of studios across Europe, plus two in North America, with a third under development in Pennsylvania.

Late last week, Evolution appears to have tempted fate by announcing that its daily operations had proceeded “without any large disturbances” to date from the COVID-19 coronavirus pandemic. The company stressed the redundancies built into its systems and network of studios, while acknowledging that it may have to “adjust the studio capacity to the current situation.”

Evolution also stressed its healthy balance sheet and the fact that the mass suspensions of sports and racing events could lead to a surge in online casino activity. Evolution added that it was experiencing “a high demand” for its product. The company will unveil its Q1 financial report on April 23.

Evolution’s main studio is in Latvia, which is currently wrestling with whether or not its online gambling licensees have been ordered to temporarily halt operations due to COVID-19. It’s unclear how this might impact Evolution’s local operations, although the company says it’s business as usual for the time being.