“All right, it’s official; the people at GG Poker are just absolutely crazy!” 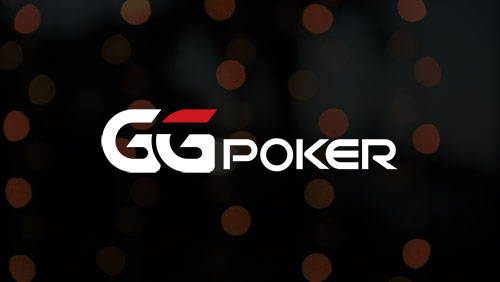 When Daniel Negreanu speaks, poker players usually listen. Sometimes they’ll agree with the vegan democrat, sometimes they’ll disagree. But they’re unlikely to find anything wrong with the Canadian’s latest announcement – that his brand, GG Poker, are ramping up their GG Masters event guarantee to a massive $400,000.

With the High Roller Week on GG Poker taking place between March 22nd (Mothers Day, don’t forget to thank where you came from before you register for the first tournament) to March 29th, there are plenty of chances to win big for what we have to say are comparatively low buy-ins.

There’s no doubt that while live poker venues have mostly closed their doors due to Coronavirus protocols, the online poker scene is more than making up for any shortfall in poker events.

With at least $9 million up for grabs over the next eight days, many of the biggest tournaments are on the Sundays, with the $400,000 guaranteed GG Masters sure to attract plenty of players. It’s already gone past the previous guarantee, as Negreanu himself described to his many fans via YouTube and Twitter and his tremendous new beard:

The best thing about the GG Masters event on each Sunday (it kicks off at 4pm GMT/UTC) is that it’s a regular, no-nonsense freezeout. The buy-in is $150, and there are no re-entries permitted. Once you’re out, you’re out for good – a feature that is sure to have pleased the passionately pro-freezeout Negreanu.

You’ll accumulate some Player of the Year Leaderboard points too, if you’re successful so there really is no reason not play it, especially since the winner of that leaderboard will win a sponsorship package worth up to half a million dollars.

One aspect of kindness that GG Poker are participating in is the fight against the global Coronavirus pandemic, and 0.5% of the High Roller Week’s prizepools will be donated to charity, with a six-figure sum mooted as a target for this aim.

With 96 events scheduled to take place across the whole week, there are buy-ins ranging from $210 up to $1,000 in the High Roller events, with guarantees ranging from $75,000 up to the ludicrous $500,000 for phased multi-table tournaments.

If you’re a player not used to playing in the comparatively ‘nosebleed’ stakes of $150, $215 and the like, then getting involved in the satellites to the events should be a priority. With enough lead time, you can get in for a fraction of the price (satellites start from just $1.50), making any cash in the tournaments themselves a turn of profit.

Prove yourself a GG Master this week and you could be celebrating across the next year as one of their sponsored players, joining the likes of Negreanu, All-Time Money List leader Bryn Kenney and Brazilian poker powerhouse Felipe Ramos in wearing the GG patch.