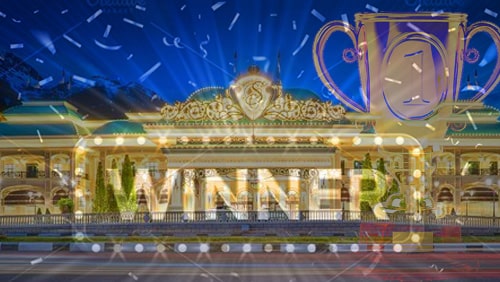 Casino Sochi is one of the most popular casinos in the world, with stunning interiors adding to the overall sense of luxury that being situated at the former Olympic village turned playground of the super-rich brings.

When it comes to playing poker tournaments, all the best in the world seem to love showing up, and the recent Super High Roller Bowl and MILLIONS series showed exactly that, with Timothy Adams going back-to-back and Phil Ivey proving his poker legend is only growing with the passing of time.

Who is the most successful tournament player in Sochi, however? We’ve picked through the roubles, Euros and dollars to find out. You might well be surprised with the results.

One of the biggest winners is the Russian partypoker pro Anatoly Filatov, who has bagged seven figures in his homeland’s popular elite poker hotspot. The biggest chunk of his winnings in Sochi came in one magical event, the 2018 MILLIONS Sochi Main Event, which he won for a massive $944,230!

The Matador has swept away many players in competition over the past couple of years as he’s risen to become one of the biggest names in poker, and especially in the high roller events. It was in the $250,000-entry Super high Roller Bowl of just a week ago that Mateos won his biggest score in Sochi, $800,000 for finishing in 5th place.

The poker legend and 10-time WSOP bracelet winner has banked over $1.4 million in Sochi, with all of it coming in the last fortnight! Finishing 7th in a $25,500 NLHE event as part of the MILLIONS series in the Russian former Olympic city, Ivey then added a runner-up finish to his total when he took on all comers in the $50,000 Short Deck event. It was another $50,000 Short Deck event that he won on 12th March for a massive $856,050 that has pushed him up to 5th place.

We’ve put both of the most successful Malaysian players together in our round-up, because both have won virtually the same amount, with Phua’s $2,140,240 eclipsed by a mere $36,015 by Seng Yee Leow’s winnings. Both men have made Sochi their playground on many occasions, but Phua’s win in the $100,000-entry Super High Roller 10 days ago was his fourth cash in the MILLIONS series – a stunning collection of cashes!

The Belarussian’s performances in Sochi have been nothing short of sensational, with his most recent winning moment a cash for $1.6 million in the Super High Roller Bowl of last week. Badziakouski’s consistency in cashing at the highest levels means he could be in the all-time top 10 for years to come once he breaks through into that zone.

While Vogelsang is one of the most feared high rollers in the world, his seemingly implacable appearance making him almost impossible to read, and he finished second in the Super High Roller Bowl Sochi just a few days ago. Vogelsang’s total in Sochi is only eclipsed by the man who beat him…

Timothy Adams had only a 45th place finish in the 2018 MILLIONS Main Event in Sochi 2018 to his name as far as cashes in the poker paradise goes. That was, until he returned a fortnight ago to see if he could go ‘back to back’ in terms of Super High Roller Bowl victories, having won the Australian leg at the beginning of 2020. Spectacularly, as well as a cash in a $25,5000 NLHE event (Adams finished 5th for $116,000), Adams did so.

By toppling Vogelsang heads-up and outlasting a star-studded table, Timothy Adams won $3.6 million, the biggest live cash of his career and set a new benchmark for Super High Roller Bowl success. When live poker returns, no-one will want to face the Canadian at the purple felt!