The last time Major League Baseball didn’t have a 162-game regular season – there are times when a team or two might fall short of 162 if one game was postponed and there was no need to make it up – was in the strike-shortened 1994 campaign when the clubs played around 115 games before the players shut it down and canceled the postseason. 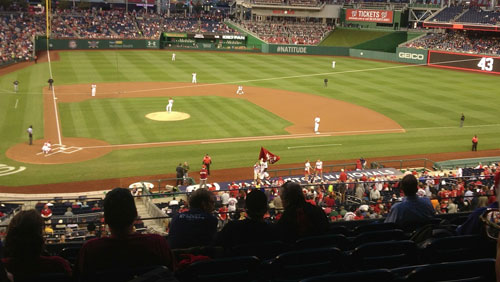 In the wake of the coronavirus outbreak, it’s still not clear when MLB might start up again, but it won’t be before mid-May and could be well after that. Getting 100 games in for each team could be a challenge.

That said, bettors can still wager on various MLB futures, and on the odds to win the 2020 National League pennant, the Los Angeles Dodgers are clear-cut +155 favorites. Los Angeles has won the NL West division title seven years in a row but not a World Series title since 1988. The Dodgers, who were upset in the 2019 NLDS by the Washington Nationals, lost in the 2018 Fall Classic in five games to the Boston Red Sox and in the 2017 World Series in seven to the Houston Astros.

In the case of the rich getting richer, the Dodgers landed two of Boston’s best players in an offseason Red Sox salary dump as they sent former AL MVP Mookie Betts and ex-AL Cy Young David Price to Los Angeles.

Few teams can match that Top 5 in a rotation. The Mets have missed the playoffs three years in a row but did win a solid 86 games a year ago. Their last pennant was in 2015. New York has a new manager in Luis Rojas. He is the son of former Expos and Giants manager Felipe Alou and brother of ex-MLB player Moises Alou, who spent his final two big-league seasons (2007-08) in a Mets uniform.

The Nationals, who might be the lone team with a better top of the rotation than the Mets with Max Scherzer, Stephen Strasburg and Patrick Corbin, are +800 to repeat as NL champions.