After much drama in the former Russian Olympic city of Sochi, it was poker legend Phil Ivey who took down Event #7 as he bagged $850,000 after coming out on top in the $50,000-entry Short Deck event. 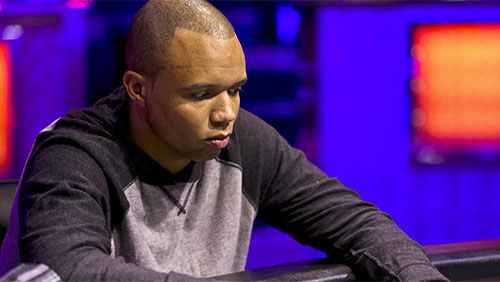 With 55 players taking to the felt, Ivey claimed a massive win, one of the biggest of his illustrious poker career. In reaching the $30 million mark in live tournament earnings, Ivey has brought players like Jason Koon, Steve O’Dwyer and even Fedor Holz within range as he looks set to burst in on the Top 10 players of all-time once again despite having previously taken some years out of playing live events.

With just six players reaching the final table, Ivey, who has played Short Deck longer than most – at times at high stakes at 30,000 feet on private planes – Ivey was trailing overnight chip leader Michael Soyza and it was the man with the chip lead who got off to the better start.

Soyza reduced the field to five players very early on, eliminating the experienced high roller Sam Greenwood in 6th place for $160,510. Greenwood, who has played so many Poker Central over the past year that he is fast gaining on Ivey himself, with his live tournament winnings now at $22 million, came 3rd in the other Short Deck event of the series, Event #3.

Spanish superstars Sergi Reixach who has been a formidable player at high stakes for many years both online and live but has emerged into the spotlight for many fans in the last 12 months, reached the top five, but got no further. He was unlucky to exit so early, too, going down with a suited ace-king against Seth Davies’ ace-queen after all the chips were in the middle pre-flop, then falling to Ivey after again dominating pre-flop, this time ace-queen being no good against Ivey’s ace-ten.

Davies may have given his stack a boost at the time, but he would eventually be the next players scanning the rail for friends and a bartender. Having grinded his short stack for some time, Davies lost the lot with his ace-seven unable to catch up against Soyza’s ace-queen.

It seemed as if Soyza and Ivey were on a collision course and that was confirmed when Malaysian player Wai Kiat Lee departed in third place. In truth, three-handed play lasted some time, during which Lee even had the lead for a brief spell, but he would lose a massive pot to Ivey when he picked the wrong time to bluff. Ivey called the shove with a full house and survived to take the lead. Lee was out minutes later, claiming $374,520 but missing out on the duel and setting Ivey up for it in the process.

Short Deck being how it is, that lead wasn’t one that Ivey easily rode out to the victory in no time at all. The momentum drifted both men’s ways over the course of some swingy action. Ivey needed to close it out with a draw, but it was a well-timed one, Soyza the aggressor but Ivey calling with middle-pair and a king-queen flush draw. When the flush came in on the river, Ivey was the latest massive winner in Sochi, and had a headline-grabbing win to his name yet again.

The Malaysian player Soyza had contributed so much to proceedings, coming in with the lead and looking like his name was on the winner’s background until near the end, but Phil Ivey is… well, Phil Ivey. He’s undeniable and the cockroach of poker – he will always survive. Any stakes, any place, and it seems any game.

The man whose peers still look at with the reverence only a truly unique player can command had yet another tournament victory, celebrated as you might expect, with nary a smile once the cameras stopped flashing, enjoying time with friends away from the table like the private man Phil Ivey is.