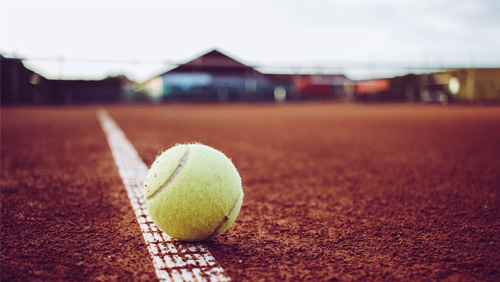 A variety of sports are coming under the microscope for how they are dealing with the coronavirus crisis this week, and tennis may well be the leading light for how to deal with the devastating effect of the virus quickly and confidently.

With football throwing up many concerns about whether cancelling or postponing sporting occasions is right or wrong, couple with the implications of running games behind closed doors, the ATP has today put out a statement briefing the public on how the sport will be suspended for six weeks due to the mounting safety implications of large gatherings at live events.

With all tennis tournaments on the ATP Tour and sister tour (the ATP Challenger Tour) cancelled until the 27th April, there won’t be any professional tennis played for at least the next six weeks.

“This is not a decision that was taken lightly. It represents a great loss for our tournaments, players, and fans worldwide. However, we believe this is the responsible action needed at this time in order to protect the health and safety of our players, staff, the wider tennis community and general public health in the face of this global pandemic. The worldwide nature of our sport and the international travel required presents significant risks and challenges in today’s circumstances, as do the increasingly restrictive directives issued by local authorities. We continue to monitor this on a daily basis and we look forward to the Tour resuming when the situation improves.”

The viability of the clay court season in general is a matter of concern to tennis fans, but if anything, the outbreak of coronavirus could have come at worse times for tennis fans. The hope that the infection can be delayed then contained before a vaccine is produced would be the main desire, and if tennis returns with the grass court season instead – or a staggered French Open into Wimbledon set-up, then players will still have the same amount of time to prepare for further Grand Slam events.

Over the next week, the ATP will meet again to decide, moving forward, what the plan will be. Some tournaments were pulled while they were happening, with one in particular leading to an unfortunate situation for a prodigious British talent.

A Challenger tournament that was taking place in South Africa couldn’t be played out, with 18-year-old Jack Draper just a game away from winning his second-round tie. Rain came to delay play, but regulations from the ATP mean it won’t be completed this side of the blanket ban.

Unsurprisingly, the top players have made statements on social media, with Rafa Nadal expressing concern for society:

Nadal’s record at Roland Garros of course means that he could miss out on his best chance of overtaking Roger Federer in Grand slam victories, something no Rafa fan would want to reference when looking back on his career. Nor too would Federer, one assumes.

The delay in the ATP schedule will have a knock-on effect for lower-ranked players, who’ll be unable to earn over the next six weeks, and don’t have the kind of money behind them that others up the rankings do. Tournament organisers at locations affected, such as Monte Carlo and Barcelona will face an obvious impact, too.

While Wimbledon and the U.S. Open may well be unaffected as things stand, the situation is ever-changing and the possibility of a delay in the biggest tennis events on the calendar is clearly a worry.

Roger Federer, Wimbledon’s most successful ever player, can rest easy, at least. This week, he reclaimed his famous ‘RF’ logo from Nike. So, you, know, it’s not all bad news.

How the coronavirus will affect tennis for the rest of the professional season remains to be seen, but one thing is for sure. Any clay court tennis this season will be seen as a major cause for celebration.