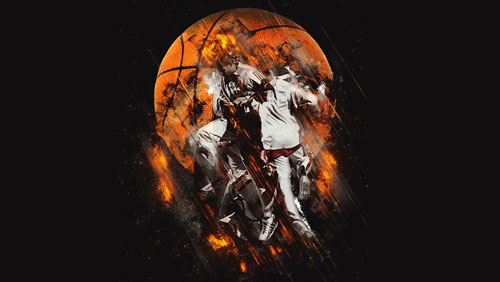 Thursday is usually one of the best nights of the week in the NBA because TNT has a national doubleheader and the league tries to give its TV partner marquee matchups in those slots. After all, TNT is shelling out billions of dollars. However, TNT is also part of the NCAA Tournament television package so it will not have the NBA doubleheader for the first two weeks of the Big Dance. Frankly, college basketball will overshadow the NBA overall for the next three weeks.

This Thursday, the TNT opener is a potential Eastern Conference Finals preview between the Boston Celtics and Milwaukee Bucks, with the opening line off the board as of Wednesday night due to the uncertain status of Bucks superstar Giannis Antetokounmpo. He has missed the past two games with a minor knee injury. The Bucks are locks to finish with the Eastern Conference’s best record (and probably the NBA’s best). Boston is battling Toronto for the No. 2 seed but falling back of late. As long as the Celtics don’t fall to No. 4, they would avoid Milwaukee until the East Finals.

In the 2019 postseason, the Celtics won the first game of the conference semifinals in Milwaukee but then lost the next four. These teams have split two meetings thus far this regular season, each winning at home. The Bucks are 4-2 ATS in the past six in the series.

The TNT nightcap is another potential playoff preview and a star-studded affair as James Harden, Russell Westbrook and the Houston Rockets visit LeBron James, Anthony Davis and the Los Angeles Lakers, who are 6.5-point favorites. All four of those players were on Team LeBron in this year’s All-Star Game, and Team LeBron beat Team Giannis in that new unique format.

The Lakers are going to finish with the best record in the West, and Houston could end up anywhere from second to seventh. The teams have split two meetings, each winning on the road. Los Angeles won in Houston without an injured Davis. The Lakers are 6-3 ATS in the past nine in the series.

Another important game is Memphis Grizzlies at Portland Trail Blazers with a 10pm ET tip. Important because the young Grizzlies are trying to hang on to the final playoff spot in the West and a first-round date against the Lakers. The Trail Blazers are a few games behind the Grizzlies in the standings.

Winning the season series could be a huge tiebreaker. Memphis won the first meeting 111-104 at home on February 12 and the teams play once more back in Portland on April 5. The Blazers are 1-5 ATS in their past six against Western Conference teams and are 5-point favorites for Thursday night.