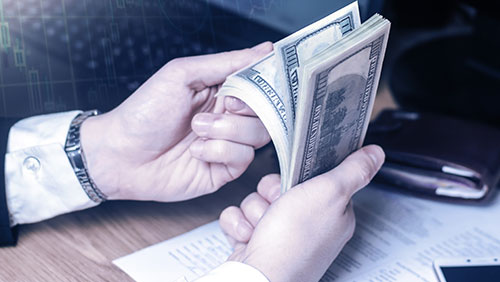 When Austrian casino owner Peter Zanoni was told he needed to cover a €600 million ($677 million) tax bill in the mid-90s, he balked. The man behind Concord Card Casinos (CCC) and CCC Gruppe couldn’t figure out how the state taxman could have come up with the outrageous

figure and felt it was his duty to stand up to the government. However, after carrying on his fight for almost 15 years, the man known locally as the “Poker King” has decided that enough is enough and he’s folding his hand and has declared the company bankrupt.

The decision makes sense, too, once the numbers are broken down. According to Zanoni, there is no way to justify the amount of the tax liability, as it equals as much as five times what the casino operator takes in through gross gaming receipts. He explained to the media outlet Austrian Press Agency, “Not even dear God can pay that … For every gross euro I have to pay a five-euro tax… This is simply a chase that is now over.”

Not only does the tax bill not make any sense, but Austria recently changed its gaming laws and CCC was left drawing dead. The new gambling regime, which took effect at the beginning of this year, forces all gambling facilities to be issued a gambling license, not just a business license under which some facilities, like those of CCC, were previously able to operate. However, there’s a glaring flaw in that protocol. The law stipulates that only Casinos Austria, which is backed by the state, can apply for a license.

The European Union (EU) has already called out Austria for the hypocrisy blatantly shown in the new laws. To make things even worse, Casinos Austria only has pay taxes on revenue – CCC is charged taxes on all stakes. Zanoni was determined to fight the government and filed a complaint with Austria’s Constitutional Court, expecting to receive a response sometime last month. However, given the fact that the government would be open to double standards when it comes to gambling tax liabilities and laws, there’s no reason to believe the high court won’t follow suit.

With no response from the Constitutional Court and no way to make a solid income, Zanoni has walked through the only door that remained open. For now, he’ll shut that door behind him, but will be watching to see whether or not it opens again. Austria is still facing complaints in the Austrian Constitutional Court and the European Court of Justice that might allow him back in.