This year could find the Philippines as the exception to the gaming trend. While countries are recovering from the fallout caused by the coronavirus, most are expecting to see weak returns, with some possibly even coming in lower than last year. The Philippines Amusement and Gaming Corp. (PAGCOR), the country’s gaming regulator and operator of some casinos, remains optimistic about the annual performance, according to local media outlet The Inquirer, and anticipates gross gaming revenue (GGR) will be higher than last year. According to PAGCOR’s chair and CEO, Andrea Domingo, the local industry is projected to see around $5.69 billion in GGR by the end of the year. 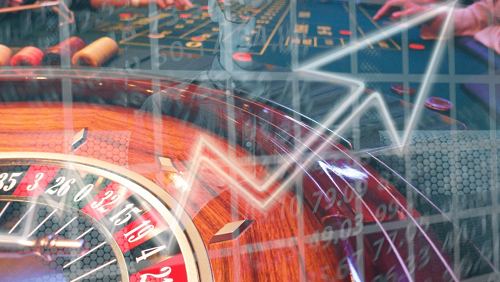 The multibillion-dollar figure would be an improvement over last year’s GGR, which was previously reported as $4.86 billion, and includes all gaming activity from state-owned properties, private-sector venues and online operations. The latest project was established by the Governance Commission for Government-owned or -controlled Corporations, which based its figures on the potential revenue generation of the casinos and large-scale resorts, as well as Philippine Offshore Gaming Operators (POGO). It’s possible that POGO revenue could take a hit as pressure is applied to halt the operations, but President Rodrigo Duterte has already said that he has no plans to order them to shut down.

In creating the GGR projections, PAGCOR’s Domingo admits that there is one factor that wasn’t taken into account, and which might completely alter the results. She explained, “We haven’t factored in the effects of Covid-19 in this year’s target yet, so we’ll have to see. But, so far, it [business] looks good.”

The lack of consideration given the virus could be a problem, and could ultimately mean that the end result is much lower than PAGCOR currently expects. While the Philippines have yet to take the same drastic measures seen in other countries and jurisdictions, the impact the virus has had on those areas has been tremendous. For example, Macau reported a tax revenue deficit of $4.9 billion for the first two months of the year, a direct result of the coronavirus. The same period last year saw a tax revenue gain of $6.42 billion. Numbers in the US are still coming in, but it’s already known that the gambling market will suffer and casino stocks are down as much as almost 14%.

Since the beginning of the year, approximately 40 junket groups, most of which originate in China, have canceled their planned trips to the Philippines over COVID-19 concerns. At the beginning of last month, the government initiated a ban on travel from mainland China, Hong Kong and Macau to the country, which resulted in local casinos experiencing a sudden and significant drop off in traffic.