Home / Sports / “The dumber you are on court, the better you’re going to play.” – How Jim Courier ambushed Sampras and Agassi in the 1990s 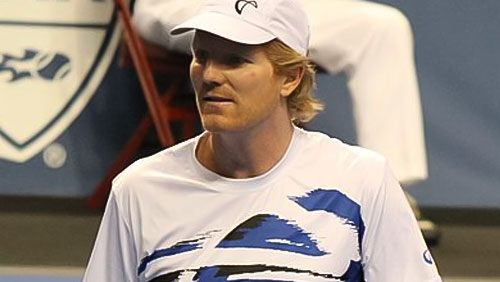 Between those greats retiring and the current ‘Holy Trinity’ taking over the mantle as greats who would sweep all before them, however, there was a fantastic yet often overlooked period of tennis, dominated by three Americans – Pete Sampras, Andre Agassi and Jim Courier. Between then, the trio won an incredible 18 Grand Slam titles. We’ve already written on the power and majesty of ‘Pistol’ Pete Sampras as well as the unpredictable love story that Andre Agassi’s career became. It’s time to cover the world number one who flew under the radar but won four Grand Slam titles – Jim Courier.

In an era often dominated by big personalities such as the prodigious Boris Becker, the almost robotically efficient Pete Sampras and the wild-haired ebullience of Andre Agassi, Jim Courier’s simple yet effective tennis career might look like a footnote. Only a professional player for 12 years between 1988 and the year 2000, Courier would win neither Wimbledon or the U.S. Open final.

What Courier did deliver, however, was four Grand Slam victories, two at each of the French Open and Australian Open. A product of the Nick Bollettieri tennis academy, Courier was the last man to win both the French Open and Australian in one season until Novak Djokovic achieved that feat in 2016. Courier’s achievement of that special double happened in 1992, a year he dominated amid an era of American sharpshooters such as ‘Pistol’ Pete Sampras and Andre Agassi.

Courier’s hour in the sun during his career was between the years of 1991 and 1993, a period of 30 months where Courier won all four of his Grand Slams and reached the final of all four slams – a record he still holds to this day for being the youngest man to achieve at just under the age of 23 years old.

While Courier’s win at the 1991 French Open was his first, he celebrated winning the 1992 Australian Open final against Stefan Edberg is far more demonstrative a fashion. The excitement wasn’t restricted to his on-court celebrations, as Courier jumped into the nearby Yarra River:

Courier was often accused of lacking personality in his play, his solid yet sometimes unspectacular game relying on his ability to get the ball back in rather than employing eye-catching flair to take points cleanly with winners. Courier’s method of proving a brick wall to his opponents extended way past his physical ability. Courier’s temperament was formidable. In an era of white-hot tempers such as Agassi and the European Heavyweights such as serve-volley players Edberg and Becker and the renowned returner, Ivan Lendl, Courier acted as a reflective panel to any heat that came his way, frequently able to rise above the drama.

Ending 1992 as world number one, Courier repeated his trick at the 1993 Australian Open, again defeating Edberg in the final. It made sense to jump into the Yarra again, but this time Courier contracted a bug and his dip in the Yarra pre-empted a minor dip in finals, too. Courier lost the French Open in five sets to the unfancied Sergi Bruguera, before losing in four to Pete Sampras in the Wimbledon final. He wouldn’t reach a Grand Slam final again and post-1995, wouldn’t make the semi-finals in a professional career that was over well before the official retirement at the 2000 Australian Open, where Courier departed in the first round. Andre Agassi would win in the final of that year.

Despite his singles career tailing off a little early, Courier’s record in doubles was impressive too, playing with the likes of Pat Rafter and Todd Woodbridge in tournaments where the tram lines were good too.

Over the course of his career, Courier had a winning record in head-to-heads against Andre Agassi (7-5), Goran Ivanišević (8–3) and Stefan Edberg (6-4). On the flip side, he had a losing record against Ivan Lendl, never beating the Czech player in four matches and was on the losing side of things against Pete Sampras (4-16),Yevgeny Kafelnikov (1-5) and Boris Becker (1-6) too.

Courier, who held the world number one ranking for 58 weeks during his golden period of 1992 and 1993, remains the youngest man ever to reach all four Grand Slam finals, and is one of only seven men to have reached all four at all. His four Grand Slam wins will go down in tennis history:

Jim Courier once said, “The dumber you are on court, the better you’re going to play.”

The American’s ability to keep it simple on court reflected his personality, and ensured he enjoyed great success in a period where it was extremely difficult to do so. The voice of the Australian Open for the last 15 years will always be remembered for jumping into the Yarra River, but his ability to swim alongside other greats mark him out as one on his own in the early 1990s, and a bona fide tennis legend.