On February 5, a fire broke out in a hotel room at the Excalibur Hotel & Casino on the Las Vegas Strip. The MGM Resorts International-owned property suffered almost $600,000 in damages as a result, according to an MGM statement, but that wasn’t the only headache of the day. When a press conference was held that afternoon, officers confirmed that they were looking for a suspect who had set the fire, but who had also reportedly sexually assaulted an Excalibur employee. However, it turns out the employee was behind the arson and had also made up the rape allegations, all because she thought it would be a good way to get revenge against her employer. 28-year-old Aviaon Lee made it easy for investigators to figure out the whodunnit. 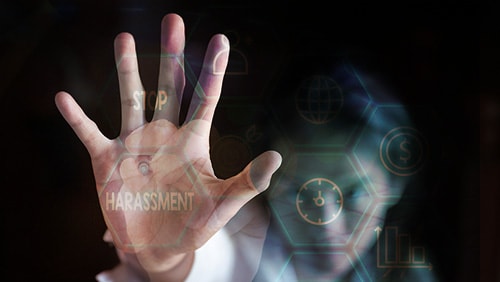 Lee was arrested on February 19 after digital breadcrumbs uncovered her plot. She used a computer to search for phrases like, “Can you sue hotel job for sexual assault” and “How much can you sue a company for injury,” as well as “Workplace rape definition” during web surfing sessions ahead of her big day. She now faces charges of arson, burglary with a deadly weapon, wanton destruction of private property and false reporting of a crime.

That fateful day, Lee was discovered by a security guard patrolling the hallways of the hotel. She was bound in duct tape and left in a fetal position, with the tape wrapped completely around her head. After she was set free, the “victim” claimed that she had been sexually assaulted by a white male, who surprised her as she was cleaning a hotel room. Forcing Lee onto a bed, he raped her and then moved her to a second bed, setting the first on fire in order to cover his tracks.

Lee seemed to have forgotten one glaring trait shared by virtually all casinos around the world. They love to record everything that goes on in every corner of the property, and police became dubious of her claims when they were not able to find any surveillance footage of her assailant. And, because investigators are investigators because they have experience, they also felt the whole thing looked staged.

That led to Lee being asked to hand over her cell phone, which she did voluntarily. Her browser history showed 25 searches that explored subjects such as arson, rape claims and workers’ compensation, which was enough for a search warrant to be granted to search her home. There, investigators found a workers’ comp claim form and were also able to determine that Lee had made 12 claims against MGM in the past seven years – 11 of which had been paid.

At this point, Lee knew she was cornered. She admitted to having started the fire and lied about the rape in order to try to make another claim against MGM. She won’t have to worry about her financial status any longer, as the burglary with a deadly weapon charge alone carries a 15-year sentence, and the other charges can tack on as many as another 20 years.