The NFL and the NFL Players Association (NFLPA) are in the middle of trying to figure out if football in the US is going to move forward, or if it will face a temporary shutdown. The two sides are debating terms of a new collective bargaining agreement (CBA) that has been somewhat contentious, and the players are set to vote on the matter within the next couple of weeks. There are a couple of items they would prefer not to see included, but one particular entry has found a great deal of support by the athletes. They want a larger piece of any sports gambling revenue the league receives. 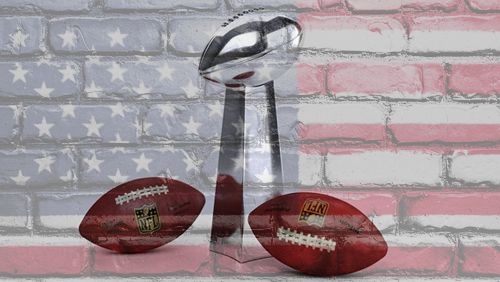 The NFL has made several deals as it looks to, slowly, embrace sports gambling. It is going to begin distributing official league data to sportsbooks and has agreed to allow teams to seek sponsorships from sports gambling operators while acknowledging that sports gambling lounges will most likely be coming to stadiums across the country.

If the league is going to profit from the activity, the players want a piece of the action, too. There are already in place revenue-sharing agreements across the board that see players receive a percentage of the revenue, and the NFLPA wants to make sure expanded league revenue means expanded player revenue, as well. The players union said in a recently disseminated list of possible changes to the proposed CBA that it wanted the agreement’s language changed in order to ensure that it included “Gambling definitions that ensures [sic] money is included in players’ definition of All Revenue, including portions of non-football activities.”

The current CBA doesn’t officially end until after the upcoming season comes to a close next year. However, there are certain provisions in the contract that could start as early as this year as the NFL gears up for the 2021-22 year. Team owners want to expand the regular season to 17 games, up from the current 16, and this is proving to be a major issue with the players, most of whom are concerned about the impact the expansion will have on their health.

This might prevent the CBA from being accepted, leading to a possible lockout ahead of the 2021-22 season. However, luckily for football fans, there is still a lot of time to negotiate between now and then.

DeMaurice Smith is confident that #NFL CBA will be approved.

I think he’s correct. Owners were smart to cater to 60% of players who make league minimum. Give them extra $100k. Argue time is of essence. Divide union. Yet, players have rare leverage & seem to be letting it go..

It most likely won’t come to that, so fans can relax now. Darren Heitner, a well-known attorney who has represented NFL players, said on Twitter at the end of last month, “(NFLPA Executive Director) DeMaurice Smith is confident that #NFL CBA will be approved. I think he’s correct. Owners were smart to cater to 60% of players who make league minimum. Give them extra $100k. Argue time is of [the] essence. Divide union [sic]. Yet, players have rare leverage & seem to be letting it go.”