As the future of Atlantic City’s leadership hangs by a thread, the New Jersey state government can’t do anything about it. A casino-backed political action committee (PAC), Atlantic City Residents for Good Government (ACRGG), is pushing to dissolve the current structure in favor of a city manager, instead of a mayor, running the day-to-day operations and budget, and a small, more controllable city council. Current Mayor Marty Small has balked at the idea, but the subject is due to come up for a vote next month. If Small, and others, expected the state government to intervene, their odds just went from slim to none. 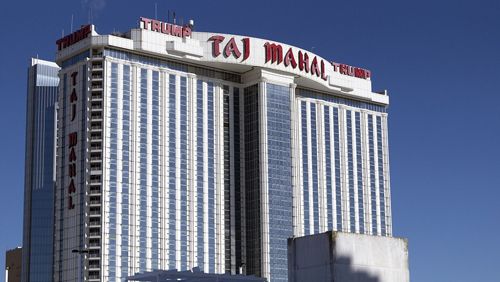 On March 31, Atlantic City residents will vote on a referendum to upend the current local government structure. The move is being billed as a way to eliminate corruption by government officials, partially induced by the antics of former mayor Frank Gilliam. In theory, the change would provide better oversight of government affairs and reduce overhead. Even though the state government has maintained control, to a certain degree, over Atlantic City for the past couple of years, it doesn’t have all-encompassing power.

New Jersey created the Municipal Stabilization and Recover act (MSRA) in 2016 as a means to help clean up Atlantic City and rebuild its economy and consumer trust. Opponents of the upcoming vote have used this as an argument against the validity of the outcome of the referendum, but their assertions come up short. According to The Press of Atlantic City, New Jersey didn’t foresee the unfolding drama when it approved the MSRA, and no language was included that would prohibit the upcoming vote, or prevent its outcome from being implemented.

There is other legislation in the Garden State that could have prevented the measure. New Jersey has the Optional Municipal Charter Law, also known as the Faulkner Act, that allows city residents to petition their government to require a special election on certain subjects. However, the petition and movement created by ACRGG were put forth using a different legal statute, and this completely nullifies any claims through the Faulkner Act or the MSRA.

The ACRGG is led by Bob McDevitt, the president of casino labor union UNITE HERE Local 54. The group, which also has support from several casinos and former New Jersey Senator Ray Lesniak, has raised over $260,000 to push its agenda forward, with Resorts Casino Hotel owner Morris Bailey having contributed around $179,000. There is also support from Iron Workers Local 399, a union group with ties to New Jersey’s political top shelf. Senate President Steve Sweeney is its general vice president.

Mayor Small and all of the members of the existing council oppose the measure and are working to prevent the vote at the end of next month. The Atlantic City Democratic Committee submitted an official complaint to the state’s Superior Court to try to prevent the election, asserting that it is based on fraud and irregularities with its petition process. That complaint is expected to be considered by the court on March 9.